About the Government Representative Office (GRO)

Government representation consists of three Senators who are responsible for both shepherding the Government’s legislation through the Senate in a timely manner and championing renewal in the changing institution. Although the three Senators represent the Government to the Senate, they do not sit in a partisan caucus and do not lead a caucus. Because of this, the Government representative team has no power to direct the votes of Senate members. The team promotes a vision for the Senate that is less partisan, and more independent, accountable and transparent, along with a strong focus on the role of the Senate as a complementary body to the House of Commons.

Formed in the spring of 2016, the GRO is a departure from previous Senate practice in which the Government Leader in the Senate was part of the same caucus as the Government. While the old model was characterized by top-down partisan control manifested through whipped party votes, the new model relies on Senators’ exercise of judgment within the framework of the institution’s complementary role. 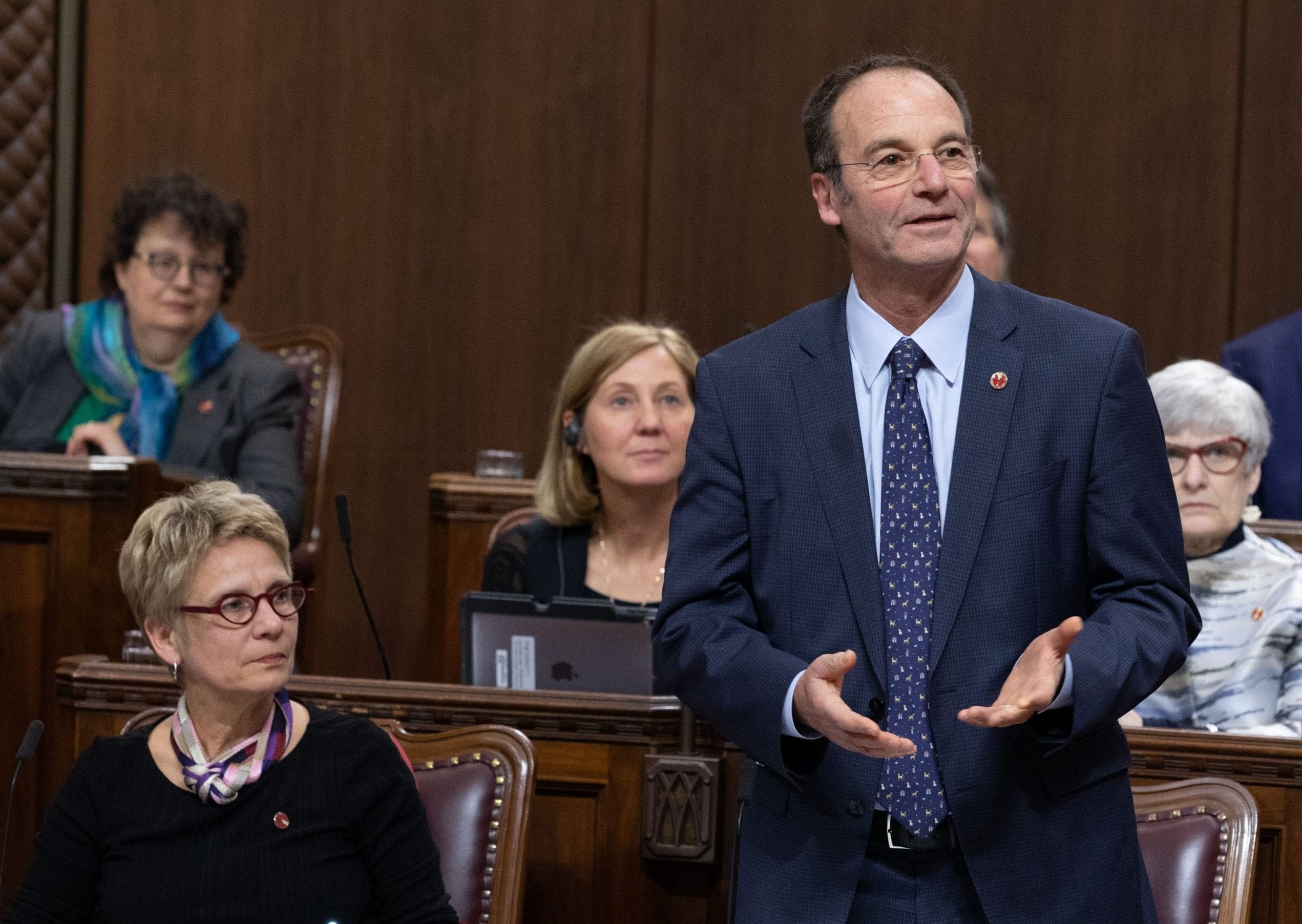 Senator Marc Gold speaks in the Red Chamber for the first time as Government Representative in the Senate on February 4, 2020. Legislative Deputy Raymonde Gagné sits to his left and Government Liaison Patti LaBoucane-Benson sits behind her.

What are the three roles?

The Legislative Deputy to the Government Representative (formerly Deputy Leader) plays a major role in working with other Senate leaderships to structure debate in the Senate chamber on a daily basis, including managing and moving Government procedural motions (e.g. to adjourn the Senate until a specified time). Senator Raymonde Gagné of Manitoba took over the position in January 2020.

The Government Liaison (formerly Whip) is responsible for outreach on Government business in the Senate and works to ensure that Senators have all the information they require in anticipation of votes. The Government Liaison also has certain procedural powers in relation to the timing of votes. Previously, the Whip would have worked to ensure his or her caucus’s attendance and enforce party discipline in voting. Senator Patti LaBoucane-Benson of Alberta took over the position in January 2020. 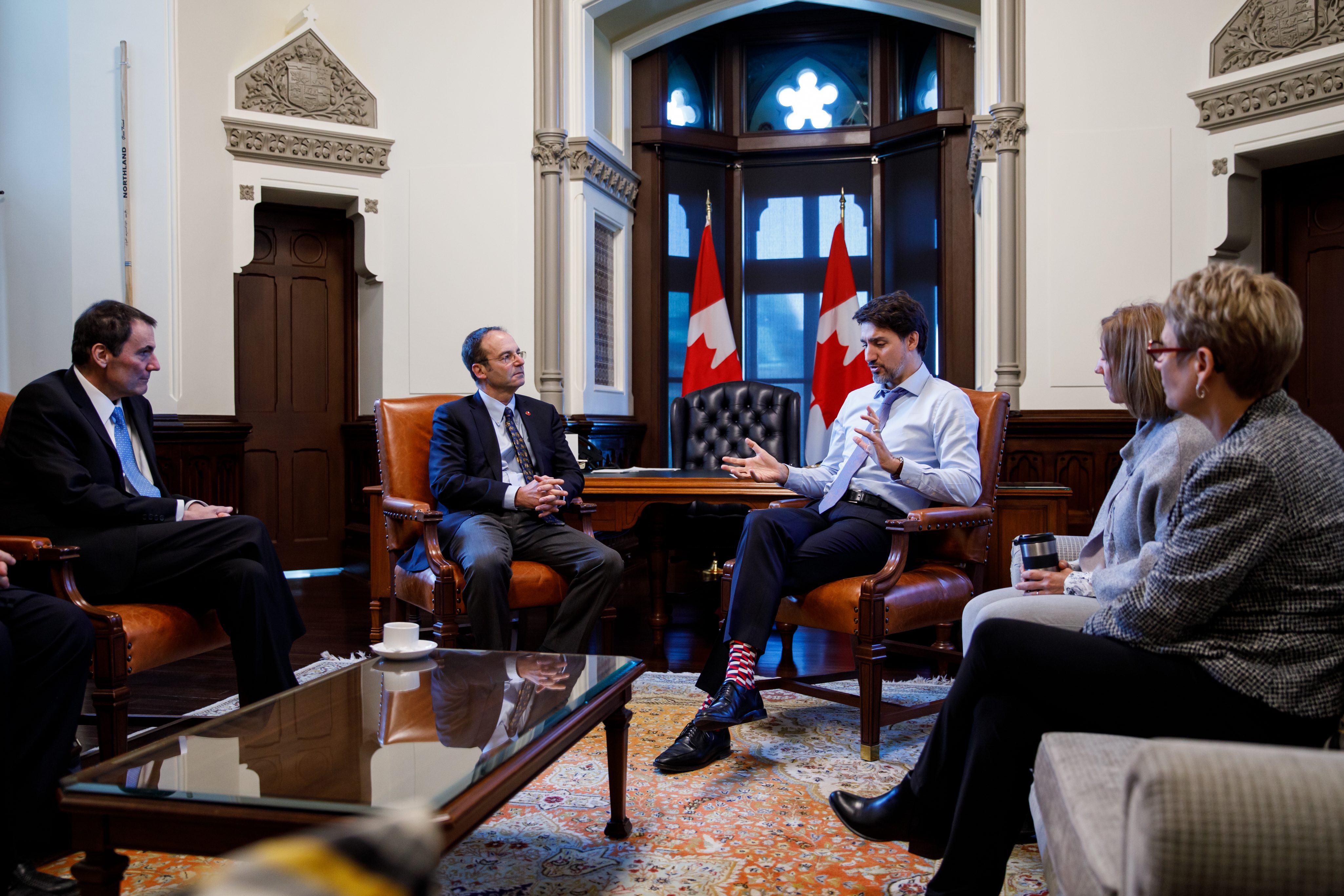 Prime Minister Justin Trudeau, along with President of the Queen’s Privy Council for Canada Dominic Leblanc, meets with the GRO senators in his office in West Block of Parliament on February 24, 2020.

How does a bill become law?

For a federal bill to become law in Canada, the bill must pass the House of Commons and the Senate in identical form, and then receive Royal Assent from the Governor General. In both chambers, a bill receives first reading (tabling of the legislation), second reading (debate on its principle), committee stage (where witnesses present evidence), report stage (where the committee’s report may be debated) and third reading (the final stage of debate, followed by a final vote).

What is a Senate sponsor?

When a Government bill is introduced in the Senate — usually after it has passed through the House of Commons but in some cases originating in the Senate — a Senate sponsor leads the consideration of the legislation. This work includes delivering major speeches in the Senate chamber and participating in a committee’s in-depth review of a bill. A Senate sponsor keeps an open mind as debate proceeds.

In identifying Senate sponsors, the Office of the Government Representative in the Senate works to match individual Senators’ expertise, experience and policy judgments with Government legislation. A Senator may choose to sponsor a Government bill because of how it relates to his or her regional interests or professional background, or for other reasons. The Office also works with Ministers’ offices to ensure sponsors have all the information they need to play a leadership role in proceedings as a bill is debated in the Senate and at committee.

Senators are tasked with reviewing Government legislation, which may or may not have been specifically mandated by the electorate in the previous election. In some cases, the Senate amends Government legislation, and then it’s up to the House of Commons to accept, decline or alter those amendments. If the chambers do not agree on a final bill, they may send messages back and forth until a resolution is found.

In the past, Government legislation was sponsored in the Senate by Senators who were part of the Government caucus. Given that the current Government does not have a caucus in the Senate, the three-member Government Representative Team collaborates with all Senators, regardless of their affiliation, to find sponsors. Bills have been sponsored by members of all organized groups within the Senate.

What other changes are taking place in the Senate?

The three Senators on the Government Representative team promote modernization through discussion papers, policy proposals, media interviews and debate in the Red Chamber. While the Office plays a key role in pushing forward modernization, Senate modernization was a priority before the office was created, and Senators from all groups have played important roles in the process. The Special Committee on Senate Modernization was first proposed in May 2014 to make the institution more effective, transparent and responsible. Since then, the committee and individual Senators have come forward with ideas, including proposals to make changes to Senate rules, procedures and practices. The Senate as a whole has the final say on whether or not to accept those proposed changes.