Sen. Gold was appointed as an independent to represent Quebec (Stadacona) in November 2016.

Senator Marc Gold is taking over the reins as Government Representative in the Senate.

“I am deeply committed to the independence of the Senate and its evolution into a less partisan, more effective institution to better serve Canadians. That is why I became a Senator – and that is why I am taking on the role of Government Representative in the Senate,” he said. 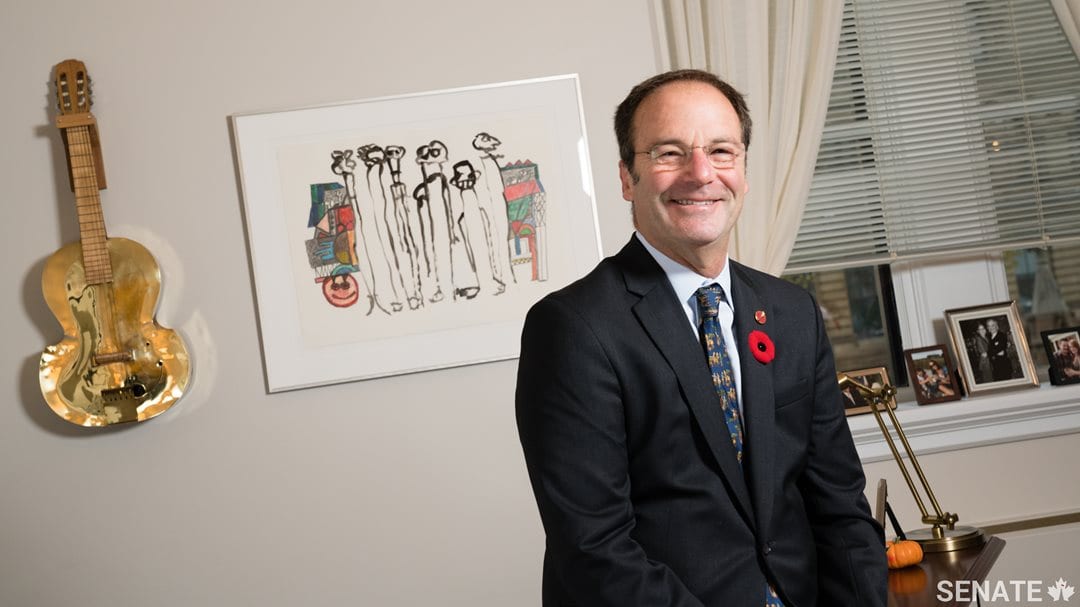 Senator Marc Gold is the Government Representative in the Senate. (Photo courtesy of Senate Communications)

Senator Gold, a former law professor and Canadian constitutional expert, will be tasked with managing the Government’s legislative agenda in the Upper Chamber.

“I look forward to working with all groups in the Senate – and indeed all Senators – in a spirit of collaboration,” he said.

Senator Gold thanked Prime Minister Justin Trudeau for entrusting him with this role. He takes over the position during a period of profound change in the increasingly independent institution.

“The Senate has a constitutional duty to review legislation as a complementary body to the elected House of Commons, in particular as a forum for the views of different regions, minority groups and vulnerable populations to be heard. By the same token, as an appointed chamber, we have a responsibility to make Parliament work effectively,” he said.

“I am confident that the Senate will rise to the occasion and do its part to ensure Parliament achieves good policy outcomes for Canadians.”