Government Representative in the Senate Peter Harder was in Waterloo to speak at a graduate student symposium.

Future leaders must work to renew trust in institutions of global governance that are being threatened, Senator Peter Harder said during a keynote address to graduate students at the Balsillie School of International Affairs.

“The respect for international umpires which help to govern the globe is fraying,” Sen. Harder said. “I believe in the future of multilateralism and the power of global governance. But the mistakes of past generations point to a need to change course and to rebuild faith in those umpires.” 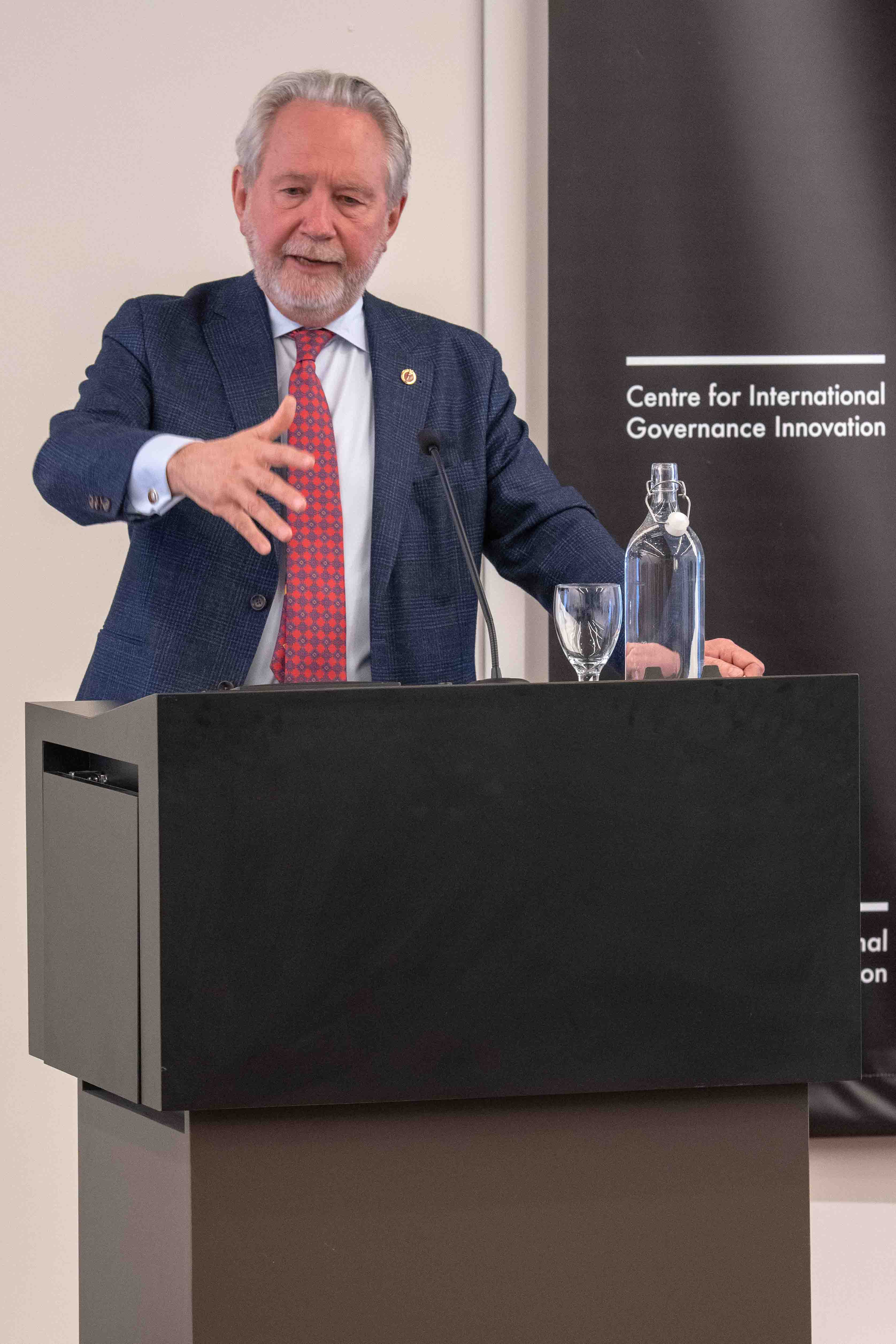 Senator Peter Harder speaks to students at the Balsillie School of International Affairs.

The speech was part of a day-long symposium for students enrolled in the Master of International Public Policy and Master of Arts in Global Governance. During the symposium, students presented the briefs they prepared for Global Affairs Canada as their major intensive research project.

The belief that international institutions of liberal democracy – such as the World Trade Organization and other similar international bodies – can solve the issues of our time is eroding as populist leaders galvanize popular discontent with simplistic and divisive arguments, said Sen. Harder said, who served as Deputy Minister of Foreign Affairs from 2003 to 2007. Much is at stake as a result, including loss of trust in the free press, he added.

“Many of these very difficult questions are being left to individuals such as yourselves to resolve,” Sen. Harder said. “My generation has left you a real challenge.”

Moderates—liberals and conservatives alike—must take on the responsibility together to strengthen democratic institutions as tools of social and economic good, Sen. Harder said.

“This is where you come in,” Sen. Harder said. “You will need to find the answers.” 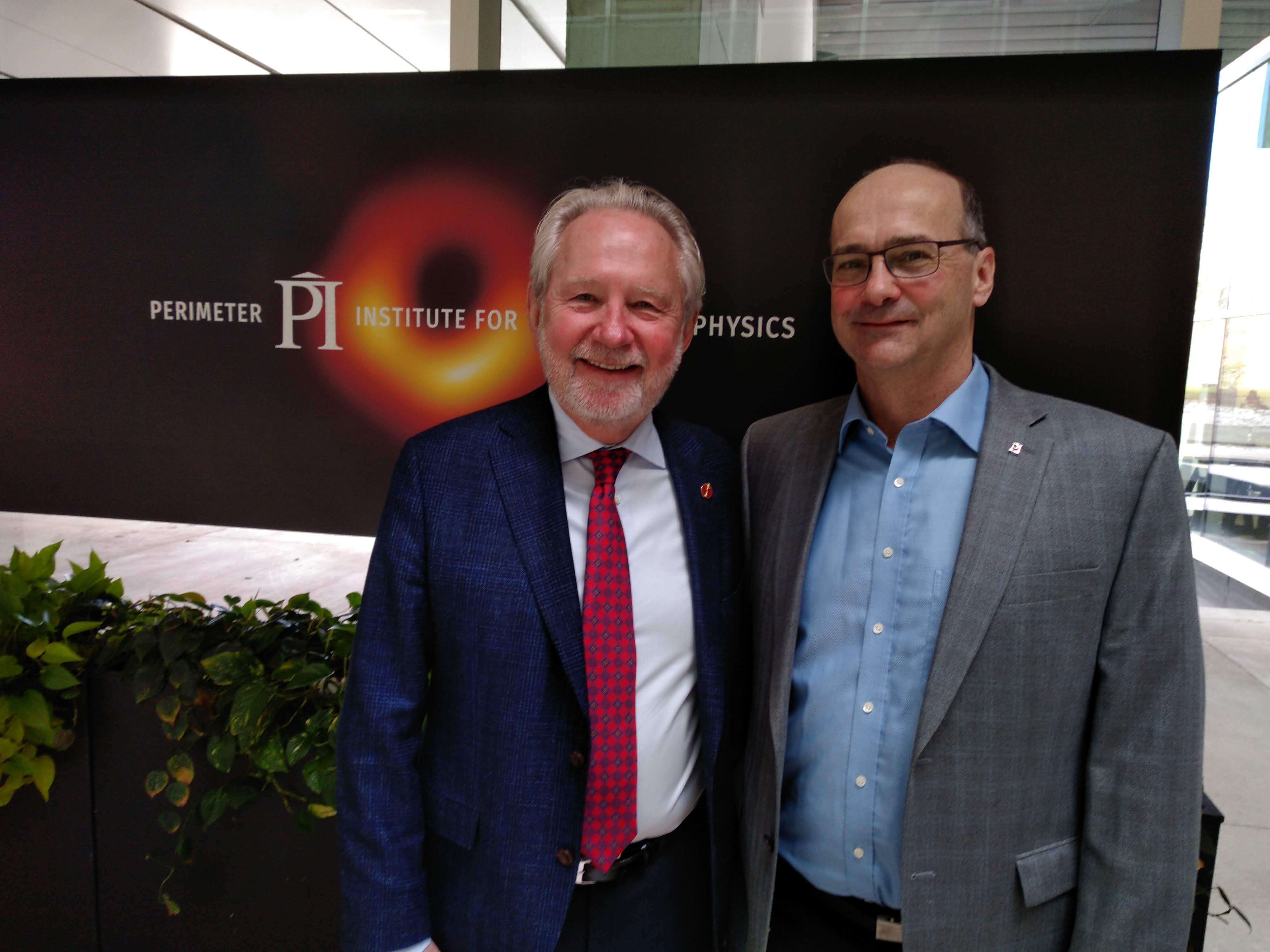 Senator Harder also met with Robert Myers, director of the Perimeter Institute, during his visit to Waterloo. Did you know that Perimeter researchers played important roles in capturing the first image of the black hole?