Before being appointed to the Senate in March 2016, Senator Raymonde Gagné’s career spanned 35 years as a teacher, principal, professor, college director and President of the Université de Saint-Boniface.

Senator Gagné credits her passion for her Franco-Manitoban history of resilience and engagement to leading her to where she is today.

“The history of Franco-Manitoba is the history of Louis Riel, my ancestors, my parents and of my three brothers and five sisters. It is also my history,” Senator Gagné said. 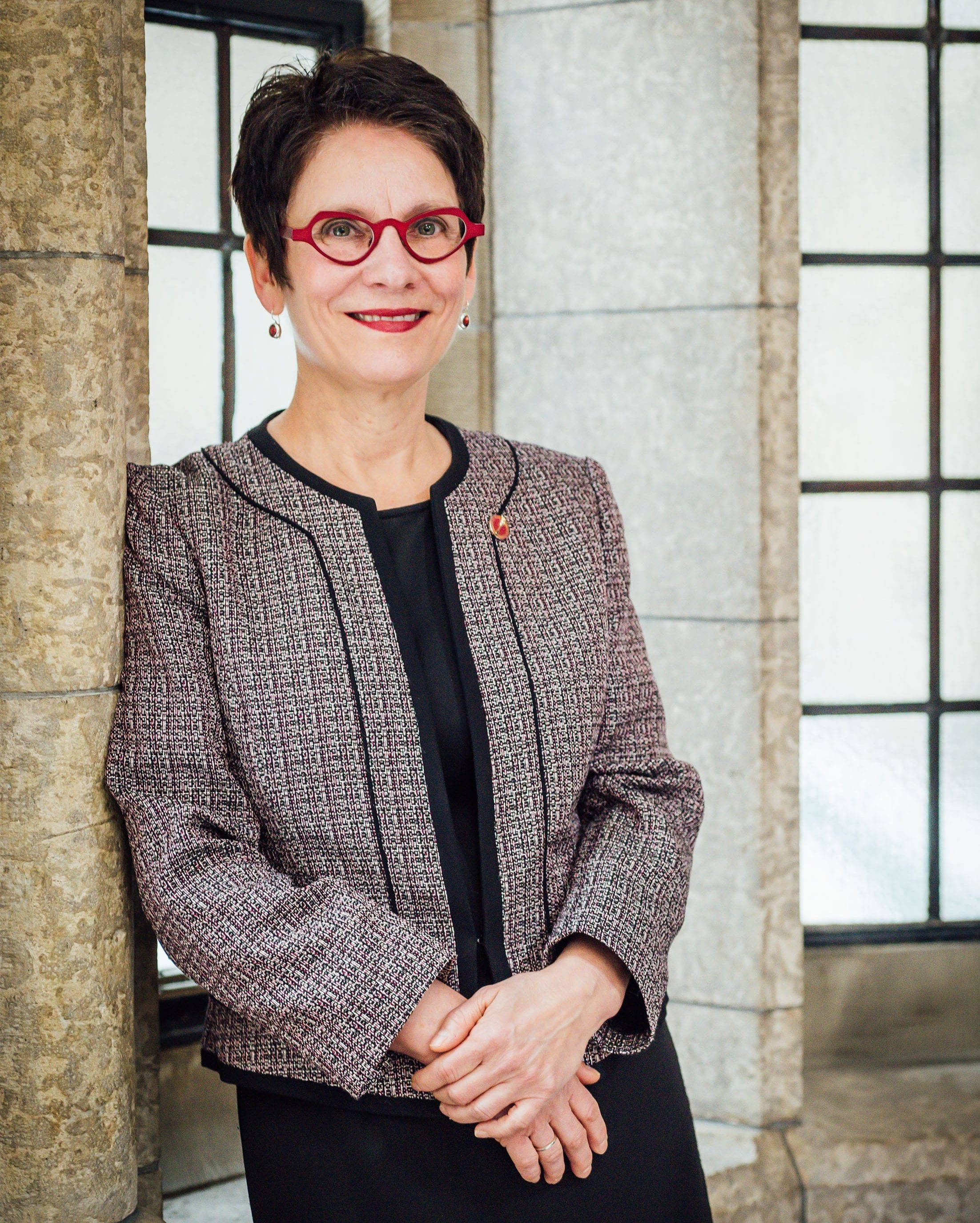 As the youngest of nine children being raised on a farm, it was expected that all family members take on daily tasks. “Life on a farm was very formative. It taught me patience, collaboration, creativity, resourcefulness, organization, discipline and determination. And in a family as large as mine, it also brought a joie de vivre that has remained to this day. These values, and calling myself a proud Franco-Manitoban, have been a source of inspiration that has motivated my life as an educator and today as a Senator representing Manitoba.”

Being involved with different associations, whether professionally or in her community, has been a fundamental aspect of Senator Gagné’s personal and professional life for decades. “I realized at a very young age that together we can make a difference in a community,” she said.

The French language is very much a part of my heritage and of my cultural identity. Promoting my language, engaging in its promotion and ensuring that Manitoba’s French community can flourish have been at the heart of much of my work.

As president of the Université de Saint-Boniface from 2003 to 2014, Senator Gagné participated in a number of consultations on official languages in areas such as early childhood, education, healthcare, and economic and community development with a view to enhancing public policies.

Travel has always been a large part of Senator Gagné’s life. She has visited every province in Canada and 28 different countries on almost every continent.

“I love traveling and the perspective it gives you. And it just so happens I was in India when I was made aware that I was being considered for an appointment to the Senate.”

Regardless of her professional, family and community responsibilities, Senator Gagné always tries to find time to take refuge in nature – canoeing the rivers and lakes of Manitoba and northern Ontario or in the cottage in Belair near Lake Winnipeg. It allows her time to destress, not take life so seriously and enjoy the company of family.

Senator Gagné’s appointment as Legislative Deputy brings with it new challenges in a Senate comprised of four groups and non-affiliated members. But the makeup of a more independent, non-partisan Upper Chamber also has its advantages when the Senate takes on studies of importance.

“Canada is currently facing a number of public policy issues. The research undertaken by the Senate standing committees gives rise to public policies that I believe are more balanced and more reflective of the needs of Canadians,” Senator Gagné said.