So far, 40 independent Senators have been named under a new arm’s length appointment process.

The first woman to lead the RCMP and an Indigenous business leader from Saskatchewan have joined the growing ranks of independent Senators.

Senator Busson has blazed a trail to ensure that more women could enter and rise through the ranks in the field of their choosing. 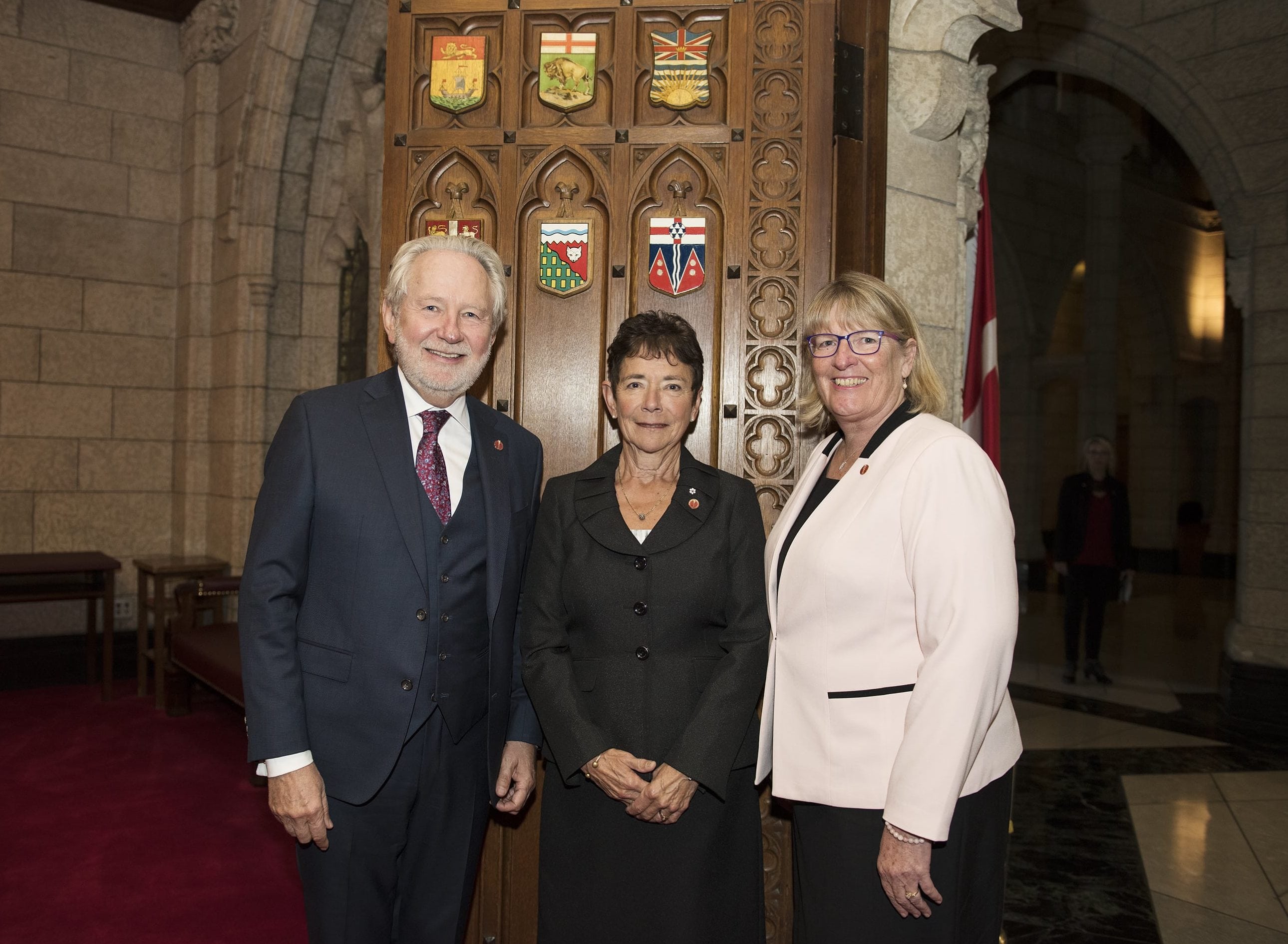 Senator Busson’s roles in the RCMP include investigating frauds, drugs and serious crimes, as well as being one of the first women to work in plain clothes and undercover, before serving as the first woman commissioner.

Senator Peter Harder, the Government Representative in the Senate, welcomed the newest members of the Red Chamber on Thursday.

“Senator Busson’s career is marked by many firsts. She left many glass ceilings in shatters in the area of law enforcement,” Sen. Harder said.

“Through her leadership and by her example, Senator Busson blazed a trail for others to follow to ensure that more women could enter and rise through the ranks in the field of their choosing. Senator Busson worked tirelessly to help advance women in the workforce, especially in the area of public security. In recognition of her contributions, Senator Busson has received many honours, including the Order of Canada.”

Much of Senator Klyne’s career has been spent boosting economic development in Saskatchewan, in particular among Indigenous Canadians. 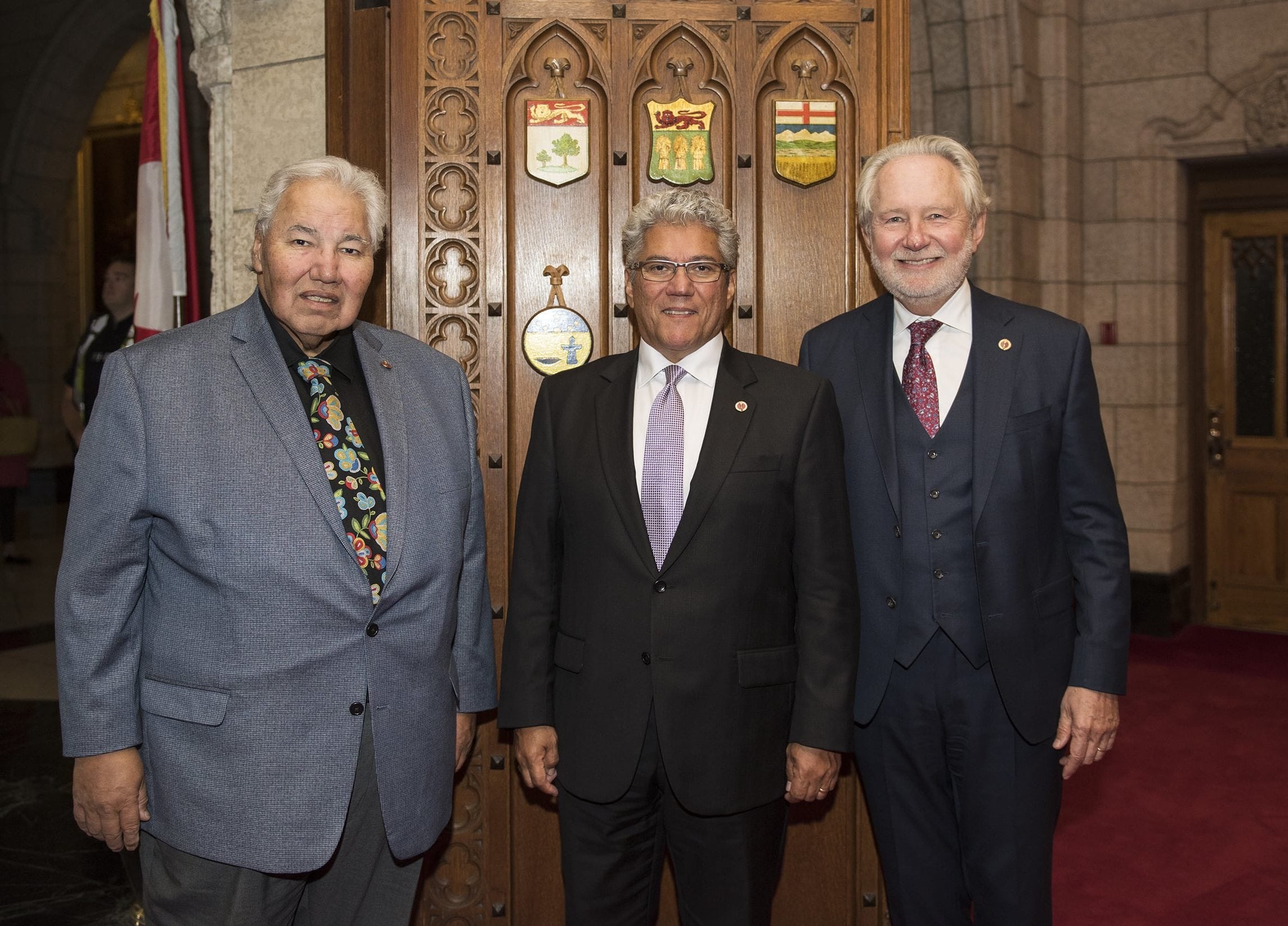 Senator Martin Klyne (centre) is welcomed to the Red Chamber for the first time on Sept. 27. 2018 by Senator Murray Sinclair (left) and Senator Peter Harder (right).

“Senator Klyne has shown himself a Renaissance man with a wide range of interests, from sports and entertainment to media interests,” Sen. Harder said.

“For his tireless dedication to the economic well-being of his province and region, the Cree people, the Metis people and other efforts to benefit Canada’s Indigenous people, Senator Klyne has received honours too numerous to mention. But let me mention the eagle feather he received from a Sun Dancer of the Carry the Kettle Nakoda First Nation, which is the highest honour one can receive in Indigenous culture.”

So far, 40 Senators have been named under a new arm’s length appointment process open to all Canadians. Many more Senators have chosen to leave partisan caucuses in favour of independence. In fact, 55 per cent of current Senators are not linked to a political party. There will soon be nine vacancies, with the upcoming retirement of Senator Art Eggleton, who is part of the Senate Liberal group.