Senator Robert Black is one of 32 Independent Senators appointed under the new process.

Senator Peter Harder, the Government Representative in the Senate, welcomed Senator Robert Black to the Red Chamber for the first time on Tuesday.

The current Government created an independent advisory board with a mandate to provide merit-based recommendations for Senate appointments. So far, 32 Independent Senators have been appointed under the new process.

“It’s my pleasure as the Government Representative in the Senate to welcome our newest colleague, the Honourable Robert Black, here to represent his home province of Ontario.

Senator Black devoted himself to the public good as a provincial government official, a municipal politician, and as the head of and a volunteer at many community organizations. 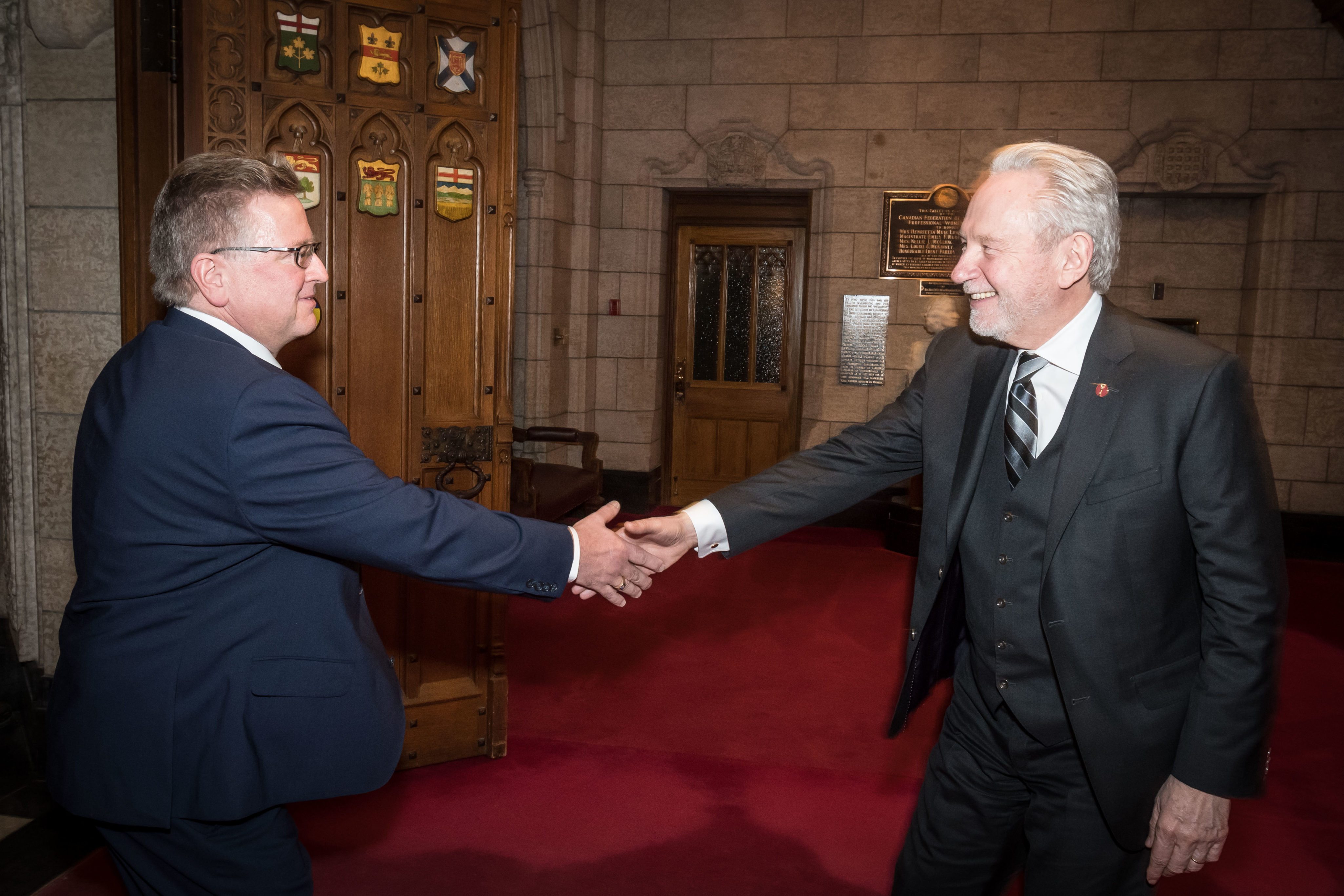 Senator Black has deep roots in the rich agricultural region of southwestern Ontario. For those of you who don’t know, that’s close to Niagara but it’s not quite that good.

He has spent his career ensuring that rural issues get the attention they deserve, from serving on boards to leadership roles with the Ontario Soybean Growers and the Centre for Rural Leadership.

I want to especially note the decades-long leadership of Rob Black within 4-H, an organization almost as old as the Senate of Canada, which has championed rural causes and developed leadership amongst children and youth.

Let’s welcome Senator Black, who brings to the Senate a wealth of experience in community, provincial and national engagement.

Senator Black, I think you will find that the Senate provides fertile ground for new ideas and plenty of opportunities to see them grow and bear fruit. I will make no other allusions to things that you might find here.

Your leadership will be welcomed and valued here amongst us. Welcome to the Senate of Canada.”