Tony Loffreda was sworn in as a Senator on December 5, 2019.

Canada’s newest Senator representing Quebec was welcomed to the Red Chamber as the 43rd Parliament got underway on Thursday. 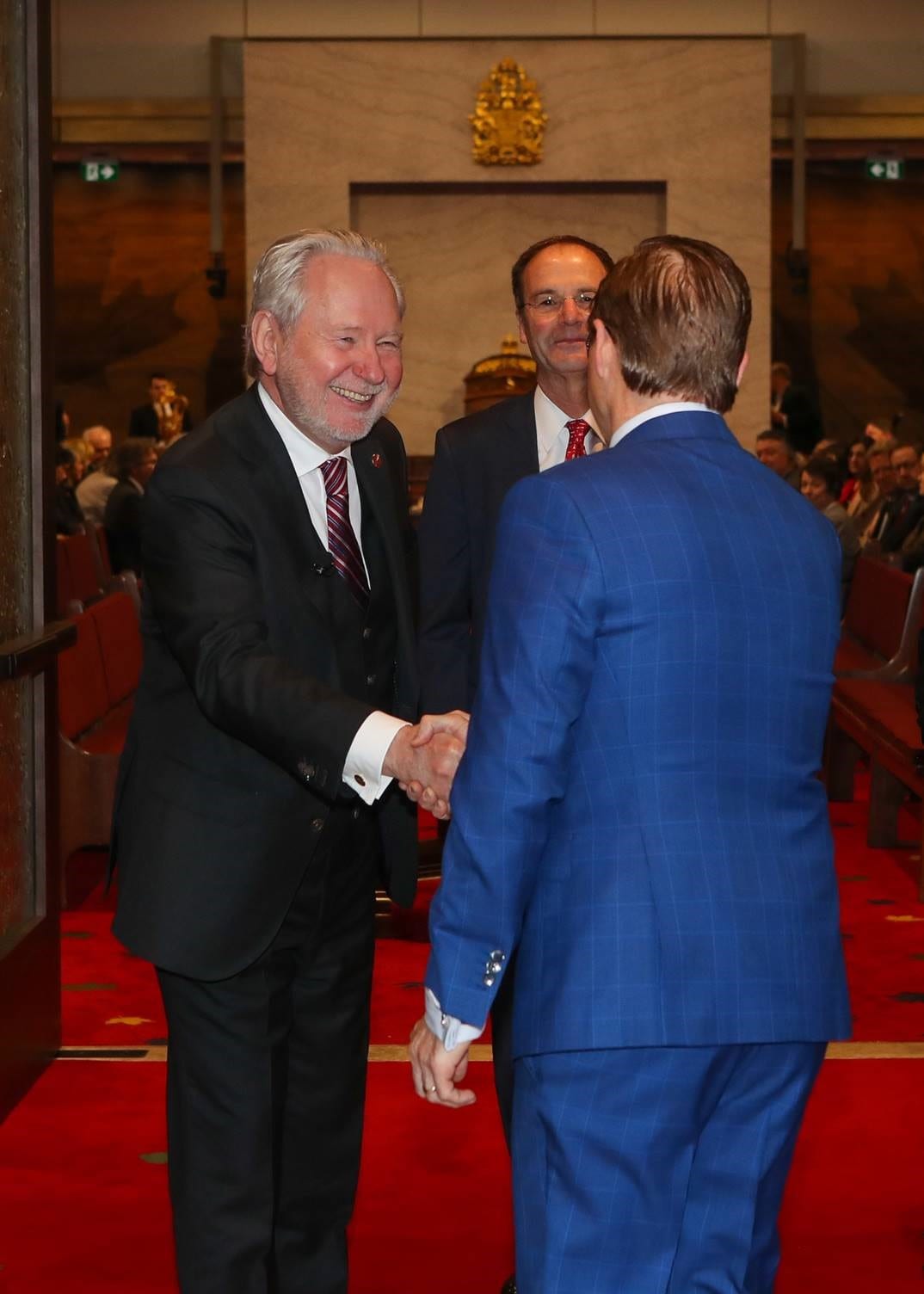 So far, 50 independent Senators have been appointed under a new arm’s length process that relies on recommendations from an independent advisory board. Canadians can apply to be a Senator or nominate a candidate for consideration.

There are currently five vacancies: one in each of British Columbia, Saskatchewan and New Brunswick, and two in Quebec.

Senator Peter Harder, the Government Representative in the Senate, welcomed his newest Senate colleague in the Senate on Thursday morning.

“Honourable senators, this is the 50th time that I have had the honour of walking up the aisle with a new senator. It is indeed an honour as the still Government Representative to do so today and to give a welcome, a bienvenue, a benvenuto to our newest colleague. The Honourable Senator Tony Loffreda, is here to represent, as we heard moments ago, his province of Quebec and the division of Shawinegan.

Senator Loffreda brings a wealth of business knowledge and 35 years of experience in the finance sector, but his appointment is about far more than his contribution to the world of business.

His philanthropic contributions are truly impressive and demonstrate how committed he is to the well-being of his community, his city, his province and his country.

As Vice-Chairman of Royal Bank of Canada Wealth Management, Senator Loffreda co-chaired over 100 initiatives that benefited communities and people in need. A big heart and a keen intellect are qualities that make a good parliamentarian. Senator Loffreda already demonstrated a strong understanding of a senator’s role when he said in a recent interview, ‘It’s not just about having an opinion. It’s about showing good judgment.’

Senator, we welcome you to this chamber. We look forward to your contributions to our deliberations, and thank you for your family’s indulgence as this will cost them time with you, but we benefit with that time. Thank you.”