National Day for Truth and Reconciliation 2022

Let's take the time to learn about residential schools and the lasting damage they have caused generations of Indigenous families, as we continue on the path toward reconciliation.

A message on the National Day for Truth and Reconciliation. #NDTR #TruthAndReconciliation #OrangeShirtDay #EveryChildMatters https://t.co/H5J8DYEVwk pic.twitter.com/tgqrpXv3kO

This year, Senator Marc Gold, the Government Representative in the Senate, attended the National Day for Truth and Reconciliation ceremony at LeBreton Flats Park in Ottawa. 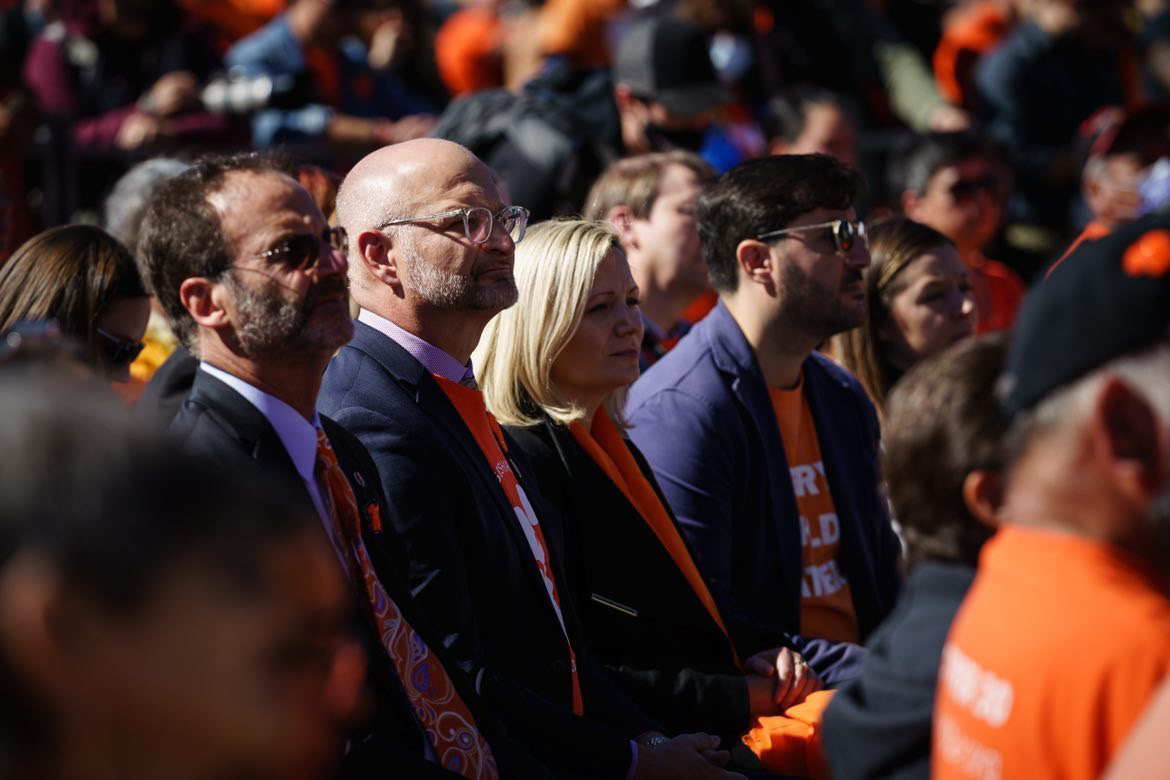 Senator Marc Gold (left) sits next to Minister of Justice and Attorney General of Canada David Lametti at a ceremony at LeBreton Flats Park on September 30, 2022.

Senator Gold also attended the unveiling of a plaque in honour of Dr. PH Bryce, who published a report as chief medical officer in the early 1900s on the poor sanitation and alarming death rate among children attending residential schools. 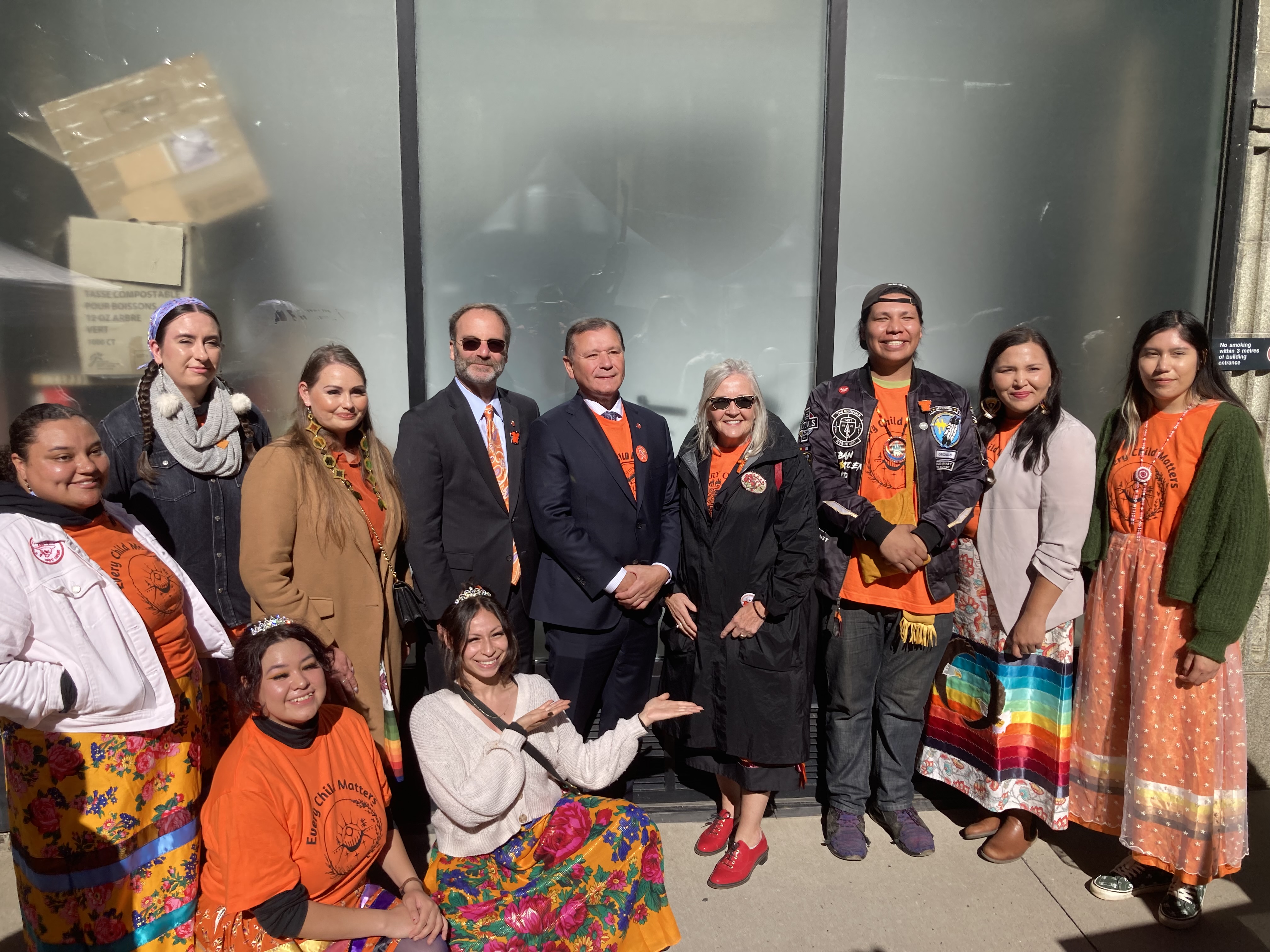 Senator Marc Gold attended a ceremony on Sparks Street in Ottawa, along with Senator Brian Francis and staff from the First Nations Child & Family Caring Society, among others.

On September 29, the Senate adopted Senator Mary Jane McCallum’s motion to apologize unreservedly for Canada’s role in the establishment of the residential school system and acknowledge that racism was a cornerstone in its creation. 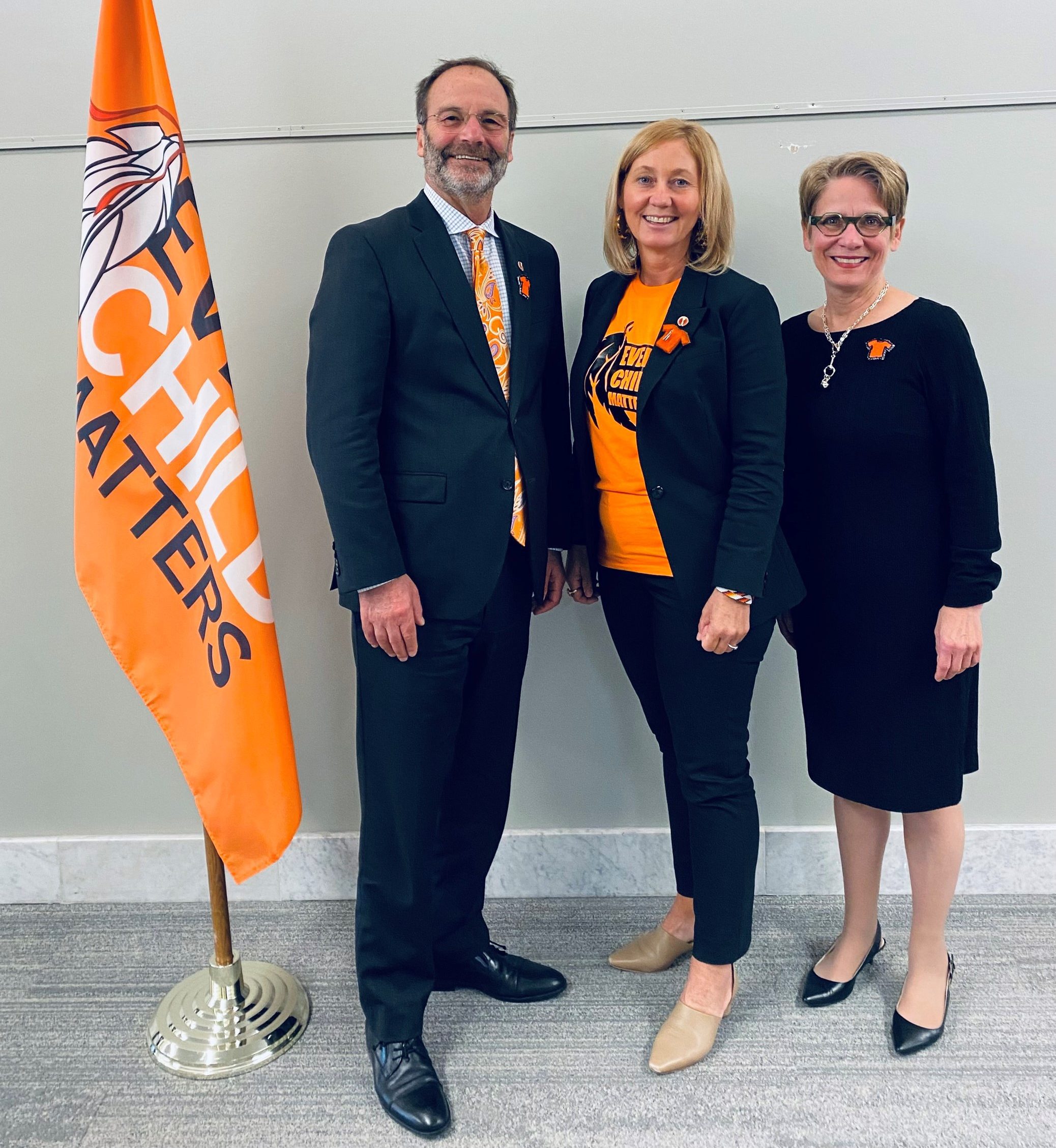 Senators Marc Gold, Patti LaBoucane-Benson and Raymonde Gagné in the Senate of Canada Building on September 29, 2022.

National Day for Truth and Reconciliation 2022