New Senator for Newfoundland and Labrador welcomed to Red Chamber

Senator Mohamed-Iqbal Ravalia is one of 34 independent Senators appointed under a new process.

Senator Mohamed-Iqbal Ravalia was welcomed to the Red Chamber for the first time on Monday, after being appointed to represent his home province of Newfoundland and Labrador. 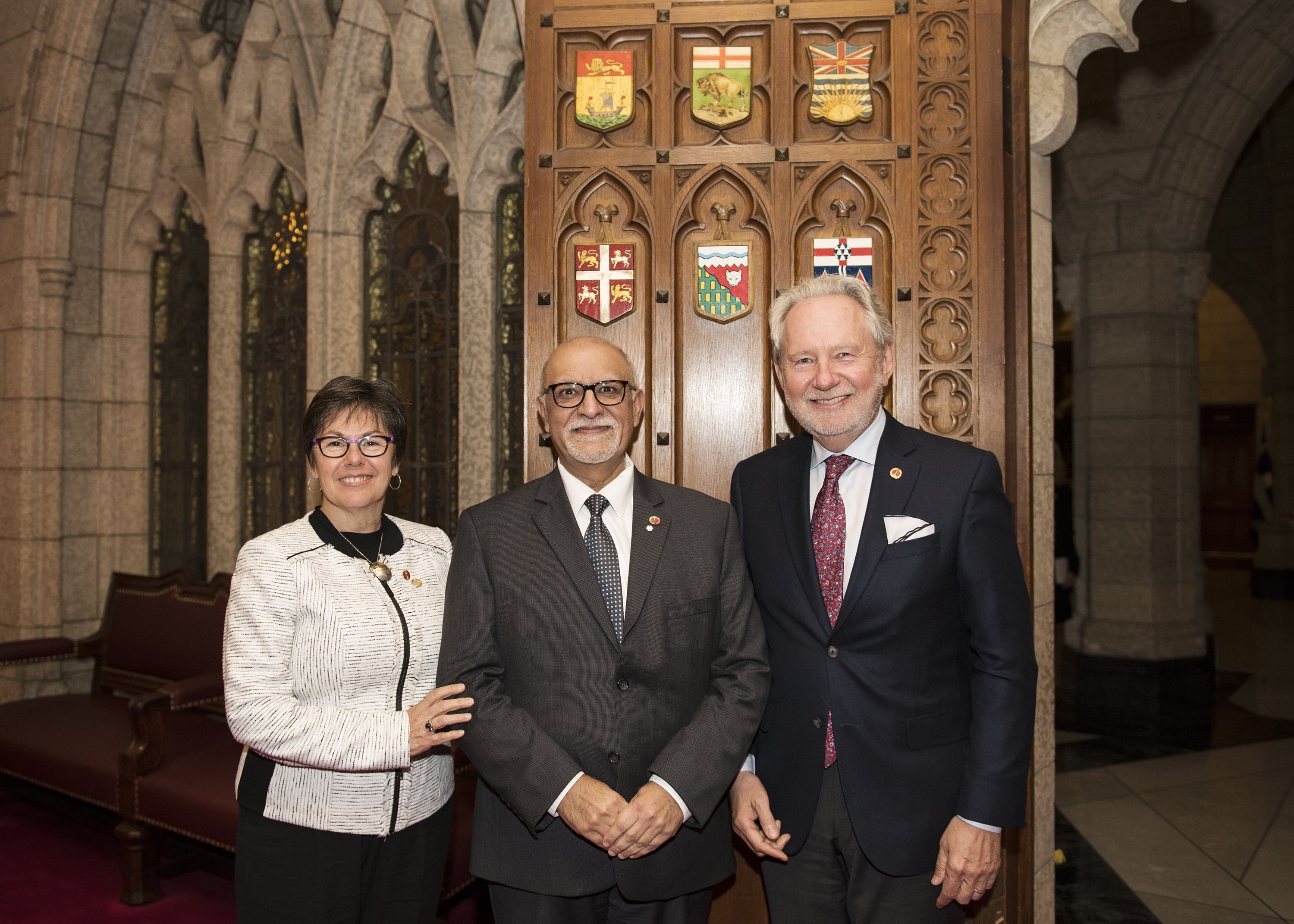 The current Government created an independent advisory board with a mandate to provide merit-based recommendations for Senate appointments. So far, 34 independent Senators have been appointed under the new process.

Senator Peter Harder, the Government Representative in the Senate, made the following statement on Monday.

“It is my pleasure, as the Government Representative in the Senate, to welcome our newest colleague, the Honourable Mohamed-Iqbal Ravalia, here to represent his home province of Newfoundland and Labrador.

Senator Ravalia is like many of us in that his journey to the Senate began in another country, on another continent.

Armed with his medical degree, Senator Ravalia left his home in Zimbabwe in 1984 to make Canada his new home. His story as a newcomer is a familiar one. He left behind uncertainty and unrest to find opportunity in Canada and to seize it for himself and his family.

As a family physician, he devoted himself to making communities healthier, educating the next generation of doctors and dedicating himself to the well-being of his province and his new country. Indeed, even if Senator Ravalia has not quite acquired the typical accent we equate with Newfoundlanders and Labradorians, he has certainly acquired the typical attachment to his province and community that we equate with all Newfoundlanders and Labradorians.

Among the distinctions he has received over the course of his career as a doctor and an educator, I would note that in 2004 he was recognized as Family Physician of the Year by the College of Family Physicians of Canada.

In 2015, he was named a member of the Order of Canada for his contributions to rural medicine. His special areas of interest and knowledge include very important health policy issues, such as primary care reform, care for the elderly and chronic disease management.

I am certain we will all look forward to hearing from him frequently with regard to the insights that he can offer both in committees and in this chamber.

Senator Ravalia, I thank you for accepting your new role as senator. It will take you frequently away from your family and the community you so love, but I think you will find that over time the Senate has its own kind of community.

I know my colleagues will join me in welcoming you. We are glad to have you as a member of this little Senate of Canada community, and we hope you will feel at home here.

New Senator for Newfoundland and Labrador welcomed to Red Chamber