How far should the Senate go as a complementary chamber?

“For an unelected Senate, legitimacy lies in the very sage use of great power," says Senator Peter Harder.

The renewed Senate can improve, refine and draw attention to elements requiring more work in proposed legislation but it must also know when to defer to the ultimate will of the elected House of Commons, the Government Representative in the Senate said during a speech in Ottawa on Tuesday.

“For an unelected Senate, legitimacy lies in the very sage use of great power. Legitimacy as an appointed body depends on understanding one’s limits,” Sen. Harder told the Government Relations and Public Affairs Practitioners Forum.

Sen. Harder said the Senate acts as a complement to the elected House of Commons by reviewing and sometimes amending legislation.

In performing their role as sober second thinkers, Senators look at bills through several lenses, including compliance with the Constitution and representation of minority groups and regions, among others.

“An independent Senate is ready to listen as part of its role as a chamber of sober second thought,” he said.

“But the Senate’s power to defeat Government legislation has rarely been invoked, and only in the gravest of circumstances. Canadians expect, quite rightly, that their elected representatives have the last word. The Senate’s role in our democracy is not to defeat a bill that puts in place a duly elected Government’s electoral pledge.” 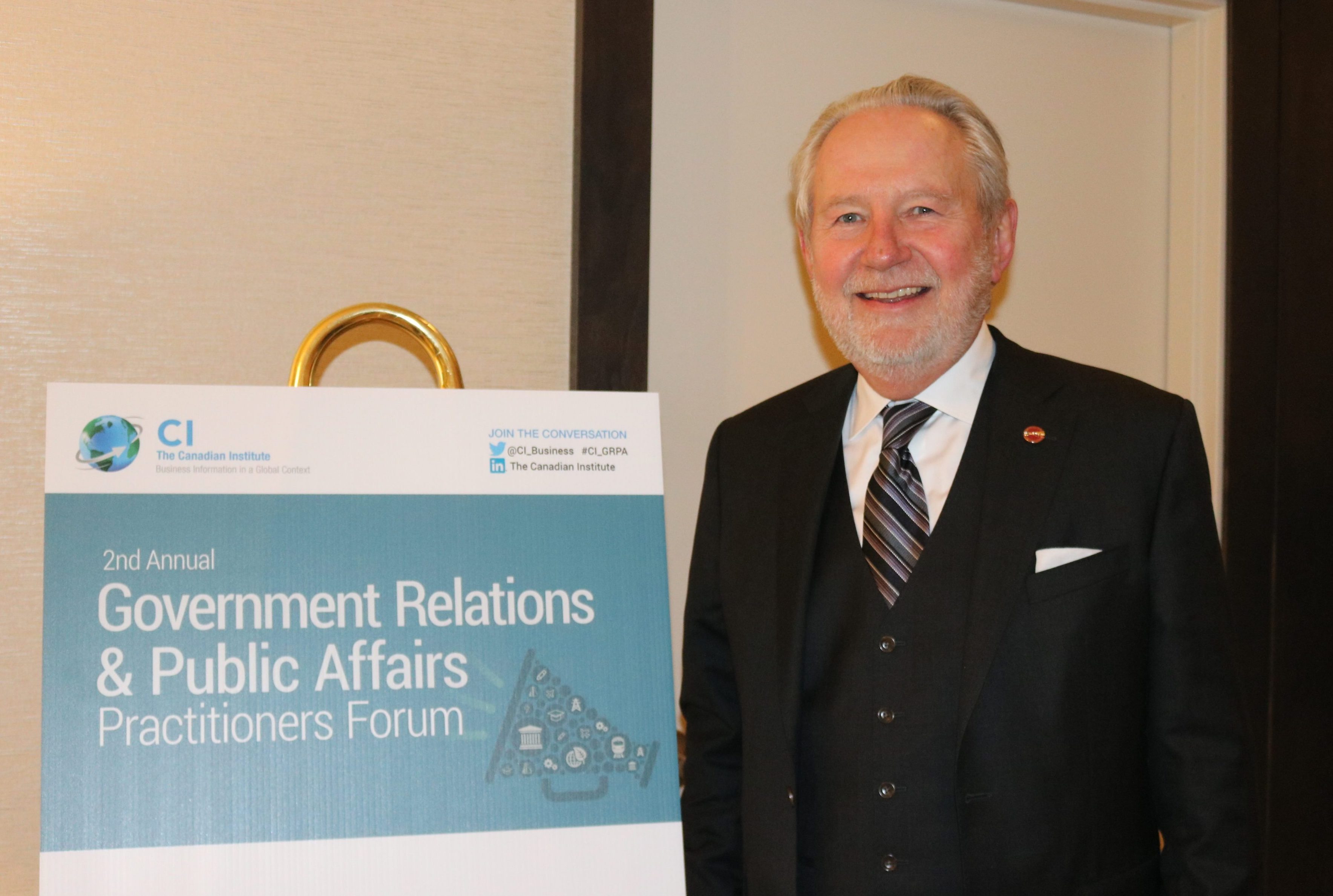 Sen. Harder noted that the Founders of Confederation intended that the Senate be neither a rival to the elected representatives of Canadians nor a rubber stamp.

Canada’s first prime minister, Sir John A. Macdonald, coined the phrase “sober second thought” to describe the role of the Senate but he also emphasized that the institution should “never set itself in opposition against the deliberate and understood wishes of the people,” which, in practice, refers to election commitments, Sen. Harder said.

“While there is a very fine balance between rubber stamping and overreaching, it is that middle ground that the Senate must travel. More than two years into the new independent reality, the Senate is achieving this high-wire act.”

As the Senate grows increasingly independent, it has made meaningful contributions to Government and non-Government legislation. In the past two years, the Senate has amended more than 25 per cent of Government bills, and in the majority of those cases the Government has agreed to some, if not all, of the Senate’s amendments.

Senators have also worked with the appropriate departments and Ministers to turn Senate public bills into new laws.

“The Senate has successfully alerted public opinion with respect to important public policy issues and has brought significant amendments to legislation. At the same time, it has continued to foster the Senate’s customary practice of respecting the electoral promises of the Government and deferring to the will of the elected House of Commons where Senate amendments were not accepted. In the process, it is increasingly being recognized for its useful contribution to the legislative process and improving its standing with Canadians.”

How far should the Senate go as a complementary chamber?