Niagara College getting ahead of curve with cannabis production program: Senator Harder

The Government Representative in the Senate commended today the educational institutions, producers and many other Canadians who are getting ahead of the curve to help Canada prepare for the legalization of cannabis.

Senator Peter Harder made the remarks after touring Niagara College, where he said educators are leading the way in creating a one-year program in commercial cannabis production that is set to begin this September. He encouraged other organizations to take note and assess whether they too have a role to play in the coming legalization. 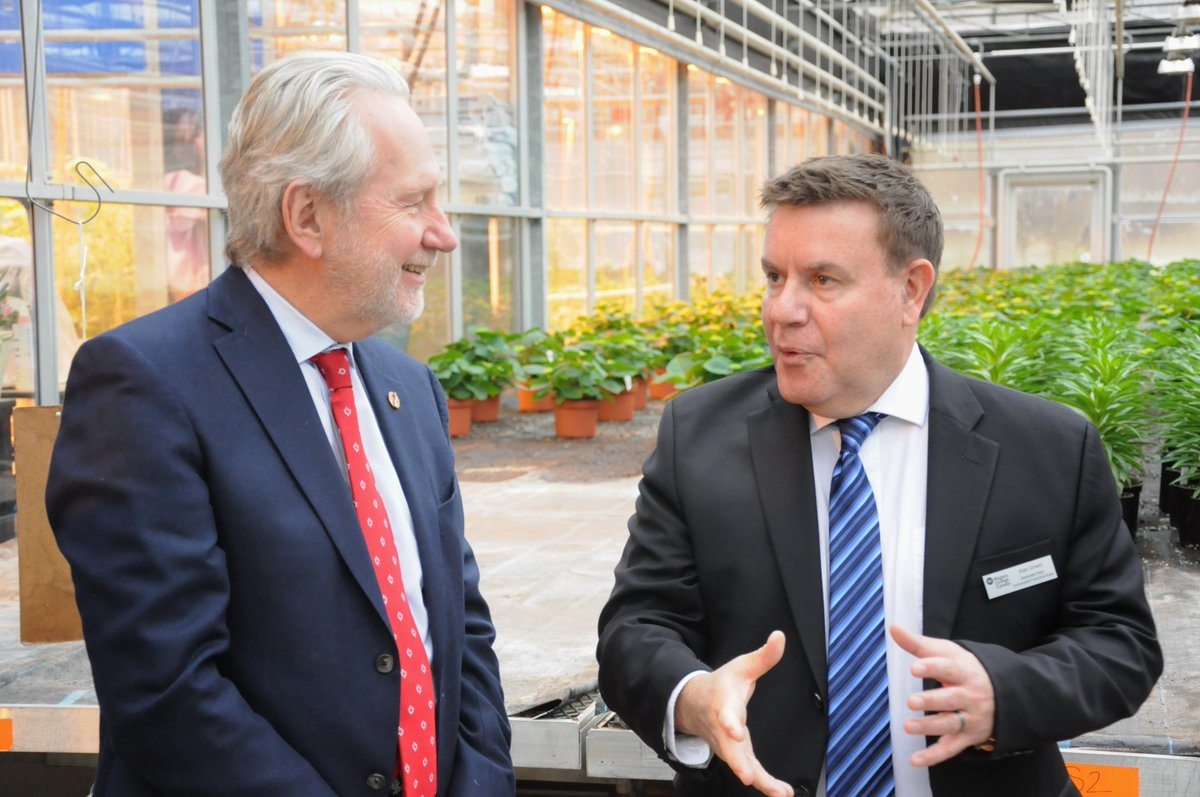 The Niagara Region is also home to a large number of licensed medicinal cannabis producers who are themselves readying for legalization.

“Behind the political debate we’re having in Ottawa are the people from across the country who are rolling up their sleeves and working very hard to prepare,” Sen. Harder said during his visit. “I may be a bit biased, but the innovation I see taking place in the Niagara Region where I grew up is something the rest of the country is noticing.”

While Bill C-45 is still being debated in the Senate, Sen. Harder noted that it was important to get the Senate to agree to schedule a third-reading vote by June 7 so that schools, producers, law enforcement agencies, governments and others would have a better sense of the timetable of the Senate’s review.

Sen. Harder, who grew up in nearby Vineland, has expressed concern about the pace at which legislation has been making its way through the Senate, in large part because it creates uncertainty for those preparing for legalization.

Sen. Harder met with Niagara College officials at the Niagara-on-the-Lake Campus, where they provided an overview of the College’s Commercial Cannabis Production (Graduate Certificate) program.

Students taking part in the program will develop expertise in a number of areas, including how to design and implement nutrients, assess crop health and create production plans, all within a highly specialized process with strict government regulations.

“We’re grateful for the opportunity to discuss our ground-breaking Commercial Cannabis Production program with Sen. Harder,” said Greg Medulun, Niagara College’s vice president, external relations. “This program responds to a need for graduates who are skilled and knowledgeable in the regulations and requirements of a growing industry, and is an example of Niagara College’s position of a pre-emptive college that anticipates needs and trends in new and emerging sectors.”

Following the tour, Sen. Harder spoke at a luncheon in St. Catharines to discuss how the Senate is becoming a more independent, accountable and transparent institution.

Sen. Harder told listeners that the Senate has successfully amended nearly 20 per cent of government bills so far this session, including legislation on medical assistance in dying, legislation that removes barriers to citizenship and legislation that helps tackle the opioid crisis.

He pointed to the fact that the current government has created an independent advisory board with a mandate to provide merit-based recommendations for Senate appointments. So far, 32 Independent Senators have been appointed under the new process.

“Increased independence has allowed for robust review of legislation, and that has resulted in better laws for Canadians,” Sen. Harder told the Laurier Liberal Ladies Club of St. Catharines. “While not every Senate amendment is accepted, each one can spark a dialogue that can extend beyond Parliament Hill and engage a broad range of Canadians.”

Niagara College getting ahead of curve with cannabis production program: Senator Harder