The Government Representative in the Senate thanked Senators for their hard work and cooperation in a holiday speech in the Red Chamber on Dec. 12, 2018.

As we look forward to time spent with family and friends over the holiday season, we can look back and feel a sense of satisfaction about the work that we have accomplished in this chamber in the last number of months.

With the Governor General in the chamber tomorrow, five bills will receive Royal Assent bringing to nine the number of government bills that have become law since September, with one more to go.

That will bring the total number of bills, both government and non-government, to 80 for this session of Parliament. We also have seven bills to consider in committee as soon as we return after the winter break.

These are our final days for a number of us to serve in this chamber as we prepare to move to the new Senate for the next decade or so. 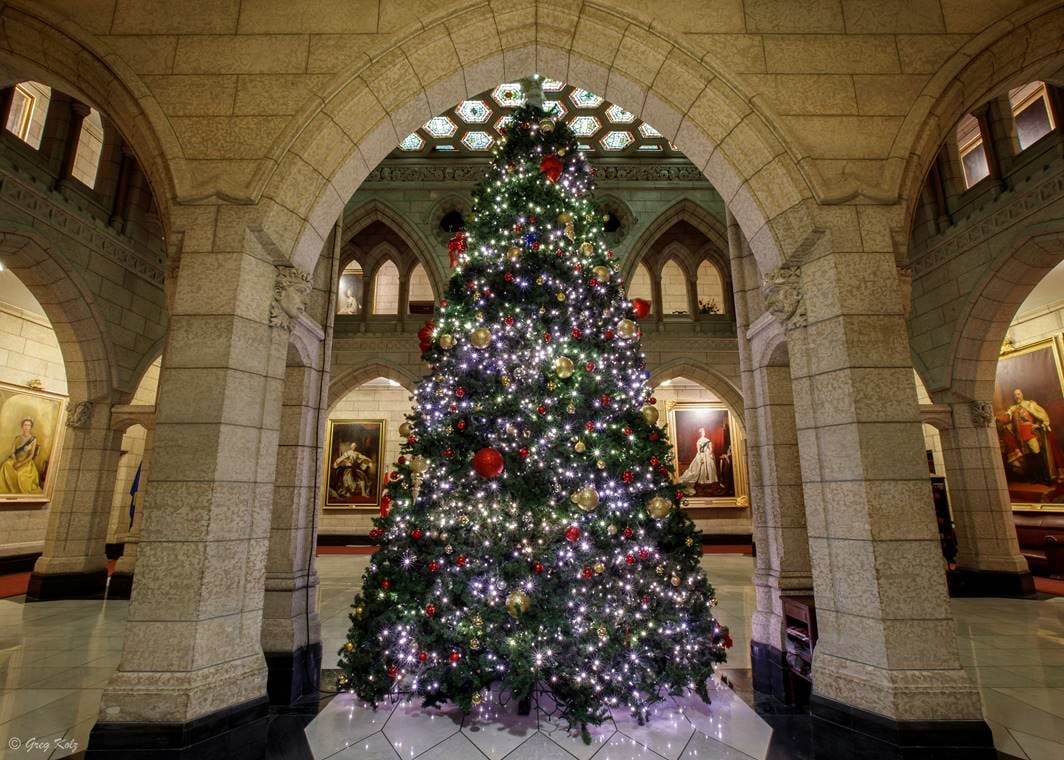 It will not be the first time that the Senate has met in another place while Centre Block was under construction. A look at the Hansard of 1916 tells an interesting story and offers important perspective.

On Friday, January 21, 1916, the Senate adjourned. Before our honourable predecessors would meet again, a fire broke out in the Centre Block on February 3, 1916, taking seven lives.

The Senate met at its originally scheduled date and time. The venue, however, the Victoria Memorial Museum, which had been quickly turned into a temporary home for Parliament.

Today, we know this building as the Canadian Museum of Nature. It was fitting, in the view of historians, that as the senators entered this new chamber, they walked under a sign indicating “Ancient Fossils.”

At that first sitting in its temporary home, the government leader of the day, Senator Lougheed, father of Peter and grandfather of Joe, expressed his condolences to those who died in the fire and lamented the destruction of the Centre Block. He noted the excellent efforts of the Minister of the Department of Public Works to find a new home for Parliament, noting, “It is a tribute to the energy and enterprise of the Canadian people that since that disaster occurred, the parliamentary business of this country has not been delayed an hour.”

He also said, “I feel satisfied notwithstanding the interruption which has taken place through the disaster to which I have referred and our removal to these temporary quarters, that we shall in no wise fail in the discharge of our duty as members of the Senate of Canada.” He went on to say, “I feel satisfied that the business of the country will proceed as if we were housed in our former quarters, and that every hon. gentleman” — and, ladies, they were only gentlemen — “will be as active and as interested in the transaction of public business as he has been at any previous time.”

Indeed, Hansard of the time shows a very active Senate.

On May 18, Deputy Governor General Sir Charles Fitzpatrick, also the Chief Justice of Canada, sat on the Throne to grant Royal Assent to 39 bills.

Wow! I aspire to that.

His speech included a short reference to the destruction of the Centre Block, but most of his remarks referred to the Great War. He thanked the Senate for its attention and approval of “all necessary measures for effective prosecution of the war.”

He also made note of the nearly 170,000 troops that had gone overseas and the more than 140,000 who were undergoing training at that time in Canada.

He spoke of other issues as well: “The magnificent crops harvested during the past season have materially assisted in maintaining the stability of our national fabric. You will rejoice to learn that the vastly increased volume of Canada’s exports is still maintained, and that the general prosperity of the country has not been perceptibly diminished by the war.” Agriculture and exports, they mattered then and they matter now.

Coming back to the present, we can be grateful that there has been no fire or loss of life that impels us to move into a temporary home. A great deal of planning and forethought has gone into our next move.

It was more than six years ago, in 2016, when members of the then steering committee of Internal Economy, constituted by Senator Tkachuk — who is in the chair and is now wanting to hear my words of praise — our Speaker, who was then deputy chair, and Senator Stewart Olsen as a member, first met with officials from Public Works for a briefing on the proposed renovations. At the time, the idea had been for East Block to be renovated to house the Senate, much in the same way the West Block has been renovated for our colleagues in the other place.

It was Senator Tkachuk who suggested that the site of the Government Conference Centre, which was already closed and in need of renovations, be considered. It didn’t take long before Public Works and the Senate agreed with this solution, which also represented a considerable saving for Canadian taxpayers, some $200 million.

As we say goodbye to this place, let us bear in mind the symbols and images that remind us always of Canada’s human history, especially the Great War.

The Peace Tower and its Memorial Chamber tells us the ultimate price paid by previous generations for peace today. The murals in our chamber remind us of the terrible cost of war. Look around and remember.

Our new home will remind us less about our human history but, with symbolism and imagery, will remind us of Canada’s natural heritage. The beauty of the new Senate — and it is a stunning space — will remind us of new challenges, new opportunities and new ways to work together for the betterment of Canada.

When the Senate next meets in this chamber 10 years or so from now, I hope it will be able to look back with pride to the hard work and dedication we, in the Senate of a few weeks, will apply to the time in which we are in our new location.

During this session, we engaged in very meaningful debates. We also debated a good number of bills and important issues that concern the well-being of Canadians.

From government bills to Senate public bills to private bills, we have improved legislation, engaged Canadians in public policy issues and explored how we can be a more transparent, independent and accountable chamber.

I thank all of you, honourable senators, for your work and good will. I invite all of you to my office after this sitting to celebrate our accomplishments and the fruit of our collaboration.

I hope that you will come by my office right after this sitting so that we can celebrate our accomplishments and the fruit of our collaboration.

Let me also thank the essential people without whom either nothing would happen or chaos would ensue. We all know who they are. They are in front of us, and I begin with the Interim Clerk, Richard Denis, and all of the table staff who keep all the different parts moving in this chamber, usually in the right direction.

A special thank you to the interpreters, Library of Parliament researchers, stenographers, pages and security officers; in short, to all those who look after us and our staff so we can do our work.

While senators look forward to a holiday break, I’ll wager there are many of you who, while too polite to say so, are looking forward to a break from each other.

To all, let me say, it won’t be long now, but we will be back. We’ll see you in our new home, and we’ll need to be rested and ready for action so that we can continue to work together on behalf of the Canadians whom we serve and love so much.

Thank you very much and Merry Christmas!