Senators got an inside look at the secure system Canada already has in place for the production of medicinal cannabis during a tour of a licensed facility in Smiths Falls, Ont., on Monday.

The Cannabis Act, which would legalize and regulate cannabis in Canada, arrived in the Senate at the end of November and remains at second reading.

CEO Bruce Linton explained that quality control is a key priority in the growth, processing and packaging of various strains of cannabis, which are engineered to have specific THC and CBD levels so that consumers know what to expect. In contrast, he said black market cannabis can easily be contaminated with other elements or drugs, leaving consumers in the dark over what they’re ingesting.

“Cannabis production in such a regulated environment ensures quality control, from seed to packaged product,” she said. 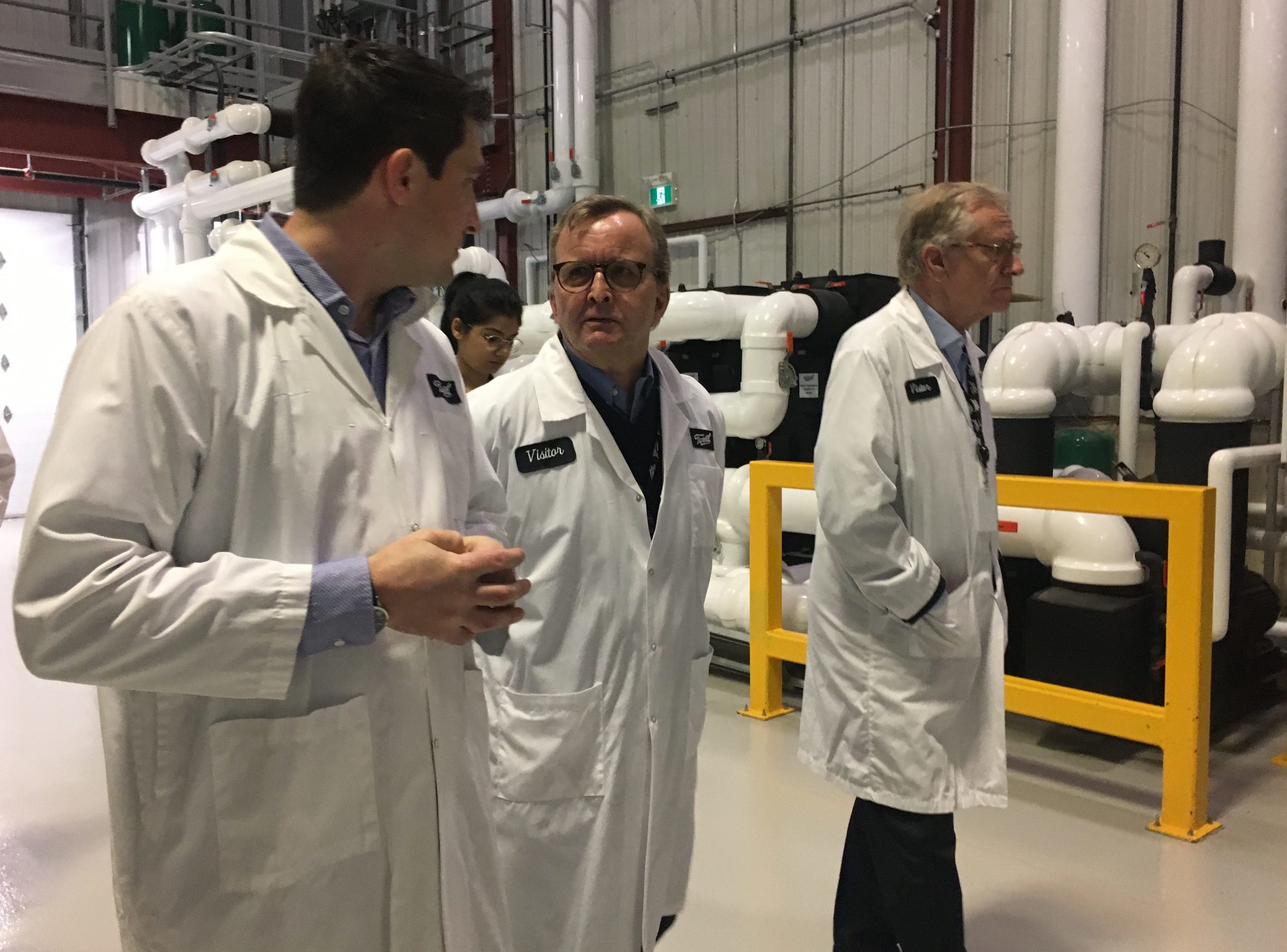 “This is a highly sophisticated facility,” he said. “Medicinal cannabis is very heavily regulated and it’s quite reassuring to see that a regime of legalized cannabis will benefit from the secure regulatory processes which are in place, have been for some time, and with which governments and other authorities have had a great deal of practical experience.”

Senators who were unable to attend have been invited to take part in a second tour of the facility on February 26.

Several Senators have taken part in the debate on the Cannabis Act. Senators were also able to question three ministers responsible for the bill, as well as a parliamentary secretary, during a special televised Committee of the Whole meeting in the Red Chamber.

Senator Tony Dean, who is sponsoring the legislation in the Senate, has argued in the Senate that the bill “proposes a cautious, balanced approach to the legalization and regulation of cannabis through a public health-based lens and with a focus on prevention and harm reduction.”

Read the debate so far: