Senator Peter Harder rose in the Red Chamber to speak about the Humboldt tragedy.

On April 17, 2018, the first Senate sitting day following the tragic Humboldt Broncos bus crash, Senators paid tribute to the team in the Red Chamber. Read the statement by Senator Peter Harder, the Government Representative in the Senate, below.

There is little to compare with the energy and exuberance of a group of young people in the prime of their lives.

Teenagers and young adults can fill a room with the ready confidence that the world is theirs to claim. Put them together on a team, on skates, and in an arena, and you have inspiration and excitement.

We can imagine the Humboldt Broncos as they boarded the bus to go to another tournament — a familiar ritual for this team. Tournament travel was part of their lives. Bus rides meant jokes and YouTube videos being shared, stops at Tim Hortons, and occasional moments of quiet and perhaps sleep. 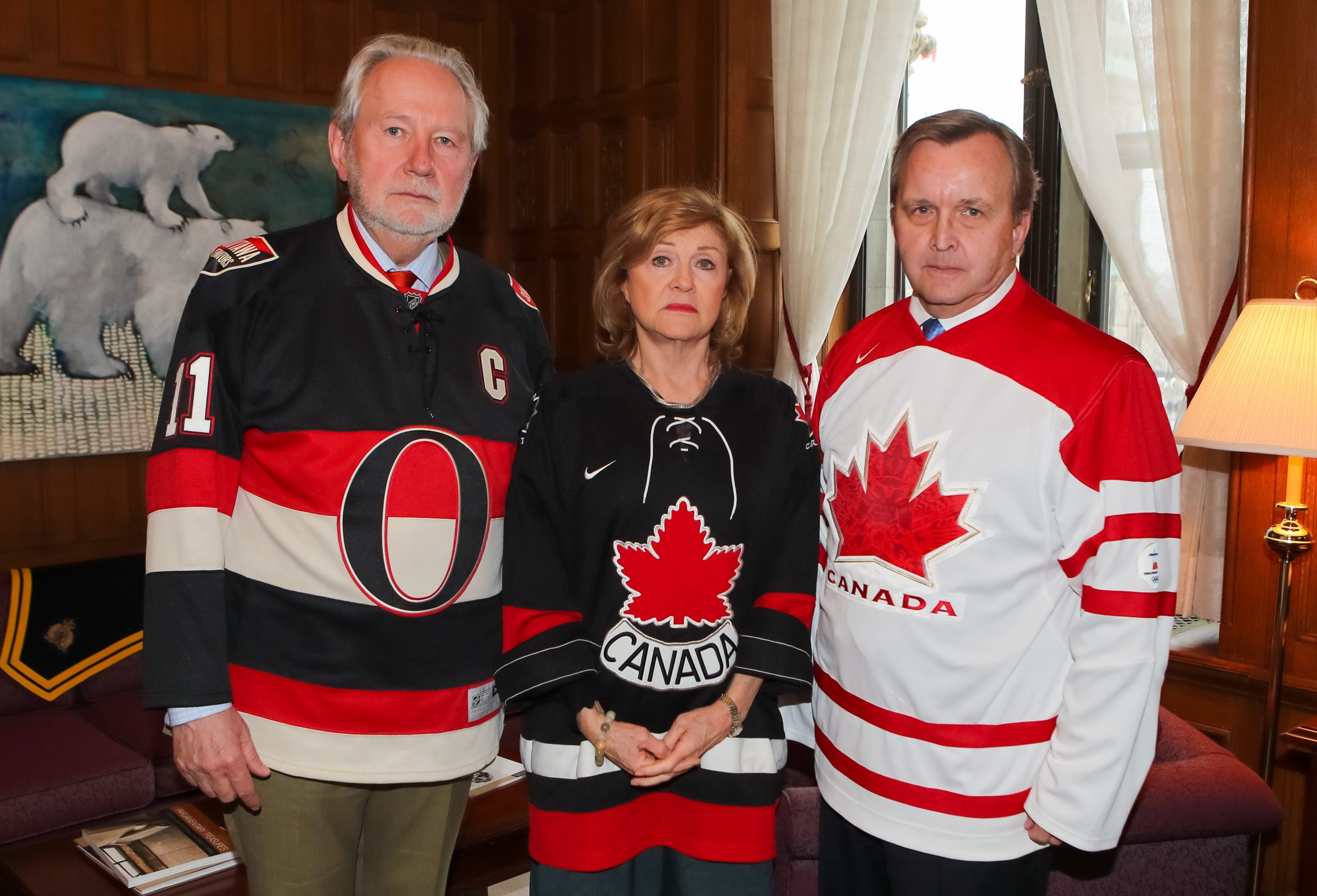 All of us, who were once young, who have children and grandchildren, can easily imagine this scene. What we can’t possibly imagine is what happened next on the road to Nipawin for the Humboldt Broncos.

For the loss and for those who are injured in body and in spirit, we pray for you. For the families and friends of those who lost their lives, we grieve with you. And for the whole community of Humboldt, we hold you in our hearts. We cannot imagine the raw pain of each moment of each day for you.

“I have a son, who is my heart. A wonderful young man, daring and loving and strong and kind.”

The last week has shown that the sons and daughters of Humboldt are held in hearts across Canada. In these moments of pain, we hope that the love of a nation helps you find fleeting instances of light as you move forward in mourning and healing.