‘We all have an obligation to save what can be saved for the next generations’: Sen. Harder

Senator Peter Harder met with First Nations leaders from the northern coast of British Columbia Tuesday in support of legislation that would formalize a longstanding oil tanker moratorium in the sensitive marine area that includes the Great Bear Rainforest and the islands of Haida Gwaii, known as the “Galapagos of the north.”

The delegation of Hereditary Chiefs and political leaders from British Columbia said that passing Bill C-48 would help protect the rich ecological diversity in the region while also promoting sustainable economic development on the coast, including fisheries and tourism. 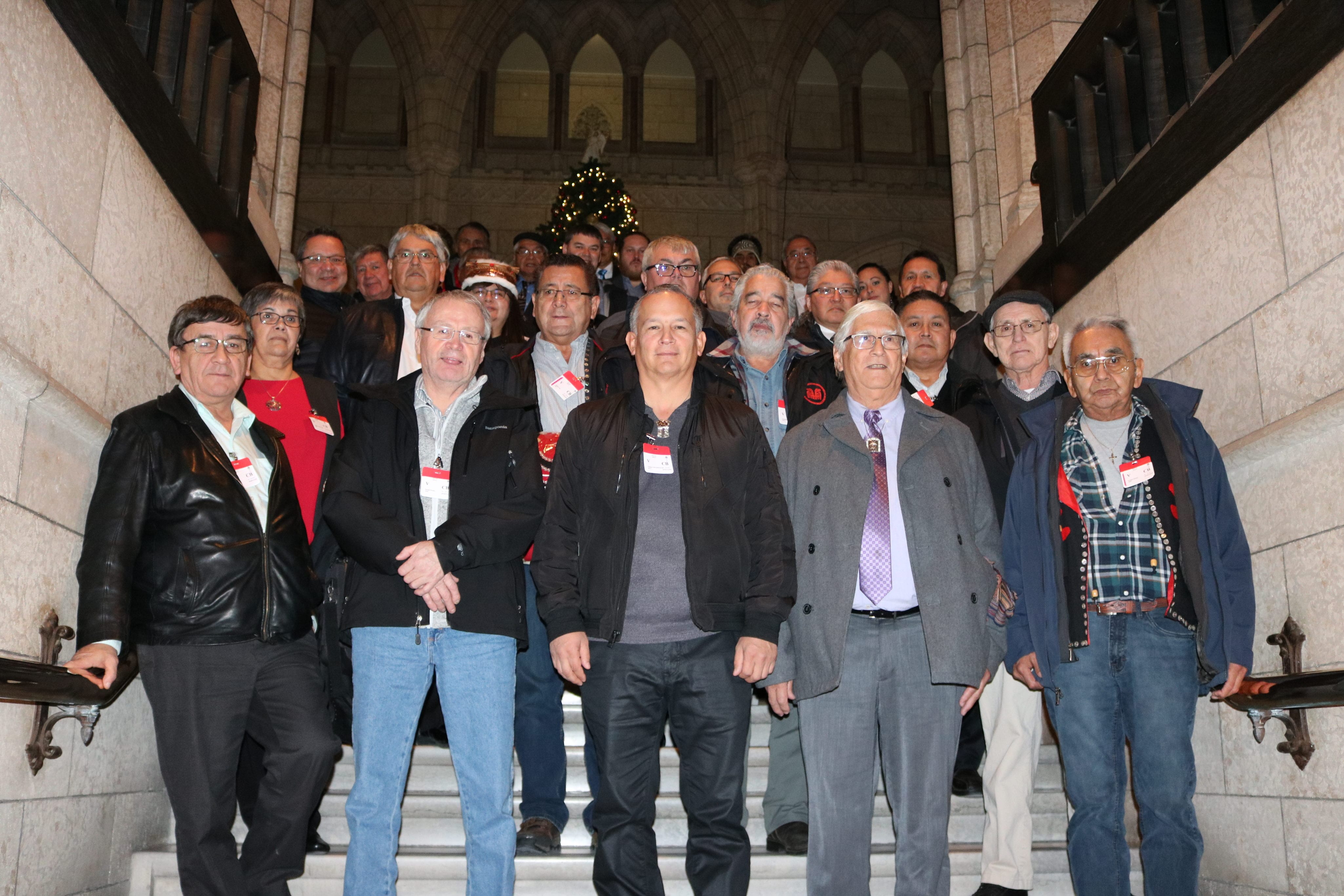 A delegation of First Nations leaders from the northern coast of B.C. met with several Senators, including the Government Representative in the Senate, on December 4, 2018 to urge the passage of Bill C-48, which would formalize a longstanding oil tanker moratorium in the region.

Sen. Harder, the Government Representative in the Senate, read a letter of support from the group into the record during a speech in the Red Chamber on Tuesday.

“This letter is a call to action,” Sen. Harder said.

In this time of mass extinction and climate change, this letter is a reminder that we all have an obligation to save what can be saved for the next generations. And we must meet this challenge head on.

According to the Raincoast Conservation Foundation, coastal B.C. has the greatest biodiversity in Canada, including resident orcas, coastal sea wolves, bald eagles, five species of wild Pacific salmon and spirit bears, which are white variants of black bears found almost exclusively in the Great Bear Rainforest.

The beauty of the region continues to attract visitors and the west coast wilderness tourism industry is now worth more than $780 million every year, employing some 26,000 people full time and roughly 40,000 people in total, in activities like sport fishing, whale watching and sea kayaking, Sen. Harder said.

The commercial fishery on the north coast of B.C. takes in more than $100 million worth of fish annually, employing more than 2,500 residents, in addition to thousands more in the processing industry, he added, echoing an earlier speech of Senator Mobina Jaffer, who is sponsoring the legislation in the Senate.

Sen. Harder also highlighted how a voluntary exclusion zone, created in response to the completion of the Trans-Alaska Pipeline system in the 1970s, was conceived in 1985 and further formalized in 1988 by agreement between the U.S. and Canadian Coast Guards, under then prime minister Brian Mulroney and then-president Ronald Reagan.

In 1989, the Exxon Valdez oil spill in Alaska underscored the importance of an exclusion zone in the rough, northern waters. That disaster covered 2,100 kilometres of coastline and 28,000 square kilometres of ocean with crude oil, killing about 250,000 seabirds, 2,800 sea otters, 300 harbour seals, 250 bald eagles, up to 22 orcas, and billions of salmon and herring eggs.

“The northern coastal waters are among the most treacherous in the world, known for heavy weather, strong currents and rough and unpredictable seas. These features make cleaning up an oil spill even more difficult than further south,” Sen. Harder said, highlighting the importance of adopting Bill C-48, which would formally ban tankers carrying more than 12,500 metric tonnes of crude or persistent oils from stopping, loading or unloading between the northern end of Vancouver Island up to Alaska.

‘We all have an obligation to save what can be saved for the next generations’: Sen. Harder