Senator Patti LaBoucane-Benson took on the role of Government Liaison in January 2020.

As an Alberta Métis Senator from the Treaty 6 territory, Senator Patti LaBoucane-Benson is committed to developing public policy that is in the best interest of Albertans, promotes reconciliation and benefits all Canadians. 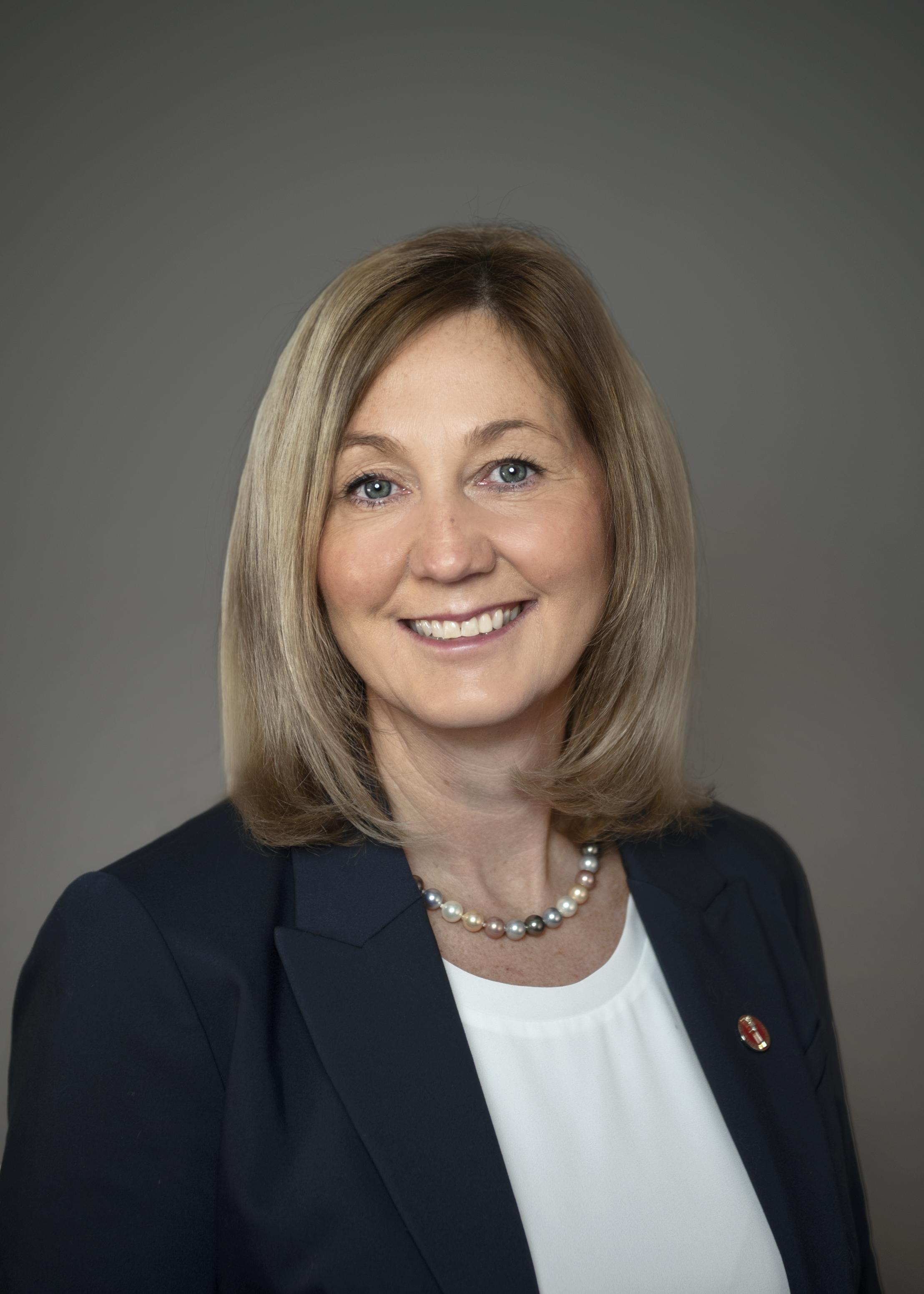 Her 30-year career has been dedicated to serving her community in Alberta, across Canada and around the world — as the director of the Boys and Girls Club in St. Paul in 1990, through 23 years of service at the Native Counselling Services of Alberta (NCSA), and Conference Director and Lead Facilitator of the Nelson Mandela Dialogues in Canada, an international gathering of freedom fighters that took place on Enoch Cree Nation in 2017.

Senator LaBoucane-Benson’s research for her PhD in Human Ecology at the University of Alberta focused on how Indigenous families and communities experience their own resilience in response to multiple forms of trauma. Her lifelong work has become an extended conversation about healing from historic trauma.

My perspectives on this conversation are rooted in my transformative experiences of the Cree ceremony. The Elders’ teachings of kindness, respect, humility, and honesty have inspired my life and my research.

In particular, those teachings informed her research on best practices for Indigenous offender healing, domestic violence, and historic trauma-informed service delivery. Her most recent research bridges neuroscience and Indigenous knowledge of child development, as well as finding common ground between Western and Indigenous water science.

As a recognized catalyst for change, Senator LaBoucane-Benson was appointed to the Alberta Ministerial Panel for Child Intervention (2017-18) that resulted in Bill 18: Child Protection and Accountability Act. The primary focus of the panel was reducing the overrepresentation of Indigenous children in care in Alberta.

Senator LaBoucane-Benson brought her PhD research to life through a work of creative non-fiction, an award-winning graphic novel—The Outside Circle (House of Anansi, 2015)—that tells the story of an inner-city Aboriginal family who transcend poverty, gang affiliation, and hopelessness. Her teaching materials are used in classrooms across Canada and in training sessions for professionals. 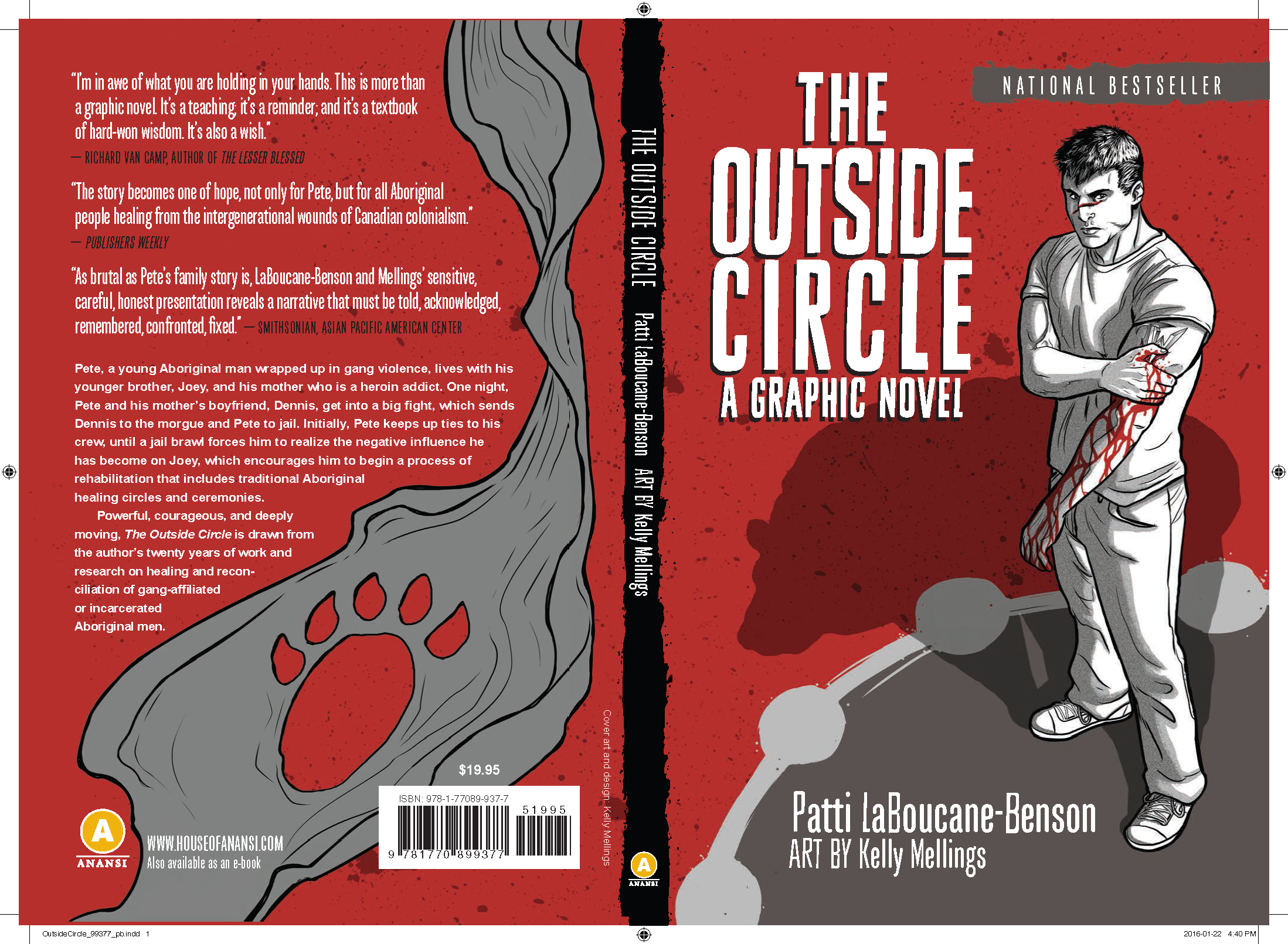 In this bestselling graphic novel, two Indigenous brothers surrounded by poverty, drug abuse, and gang violence, try to overcome centuries of historic trauma in very different ways to bring about positive change in their lives.

Senator LaBoucane-Benson continues to share her knowledge of healing from historic trauma with educators, healthcare professionals, lawyers and policy makers, as well as Indigenous communities. She believes that a healing and reconciliation dialogue is the way forward in Canada, with a focus on surfacing the common ground between Western and Indigenous people.

Since her appointment to the Senate in October 2018, Senator LaBoucane-Benson has been able to bring to Ottawa her understanding that the best, most useful policy and legislation will reflect this shared space that unites us as a society.

“Reconciliation is, at its core, a very personal journey. It’s about every single Canadian unpacking the colonial bias that we carry and trying to move, as a society, in a different way. So, for me as a legislator, it’s about how I unpack my colonial bias and apply the teachings I have embraced in ceremony to my work in the Senate.”

Senator LaBoucane-Benson lives fully in the space that helps define Canada. She is an avid gardener and her husband Allen is a traditional Nehiyaw (Cree) hunter; they believe that food security includes the respectful harvest of food from the land. They live near Stony Plain, Alberta, with their son Gabriel, on an acreage that has hosted ceremonies, workshops, and dozens of transformational conversations with Elders, elected officials and leaders from around the world.

“We eat primarily wild meat. I do spend a lot of time growing and harvesting food in the summer. We really do believe in our own food security – and that the traditional and sustainable harvest of food from this land is an important part of our lives.”